The National Democratic Congress (NDC) has cautioned security agencies over alleged plans to arrest its chairman, Samuel Ofosu Ampofo in a demeaning manner.

The party says it has learned that security agencies are working to secure a court warrant to arrest Ofosu Ampofo in an embarrassing way.

The party says it takes a serious view of the alleged plot and expects the security agencies to treat Mr. Ampofo “with utmost respect and dignity.”

Samuel Ofosu Ampofo is facing a trial for allegedly inciting NDC party communicators to perpetrate violence against the Chairperson of the Electoral Commission (EC) and the National Peace Council (NPC).

He has been charged alongside the Deputy Communication Director of the NDC, with conspiracy to cause harm and assault on a public officer.

In a statement signed by its Director of Communications, Kakra Essumuah, the NDC pledged its support for the party Chairman saying that “at all times, the National Chairman of our party can count on the solidarity of the entire membership of the party and we stand solidly behind Samuel Ofosu-Ampofo.”

Read the NDC’s statement below

The National Democratic Congress has learned that the government, using the security agencies, has obtained a court warrant in the past few days for the arrest of our national Chairman, Hon. Samuel Ofosu-Ampofo. We have further learned that the security agencies intend to do this apparently in conjunction with elements of NPP vigilante forces and that they intend to arrest the Chairman in a manner aimed at lowering him in the esteem of Ghanaians.

The NDC takes a very serious view of the government’s intention, if our information is correct, and wish to bring to the attention of the country that, as the Chairman of the largest opposition party in Ghana, our national Chairman is entitled to be treated with the utmost respect and dignity.

Whilst still respecting the already-stated stance of the Council of Elders regarding police invitations, we wish to state that the national Chairman is a law-abiding citizen who will never flout an order properly obtained from a court with authority to do so.

This statement is also issued to notify the teeming supporters of the National Democratic Congress to expect the imminent arrest of the National Chairman for the purpose of advancing the narrow political interests of President Akufo-Addo to silence all legitimate political opposition. At all times, the national Chairman of our party can count on the solidarity of the entire membership of the party and we stand solidly behind Hon. Samuel Ofosu-Ampofo. 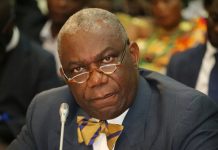 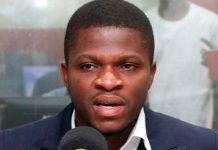 Overhaul Deceptive One Village, One Dam Project – NDC to Gov’t 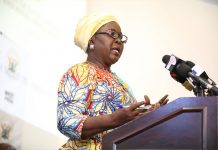