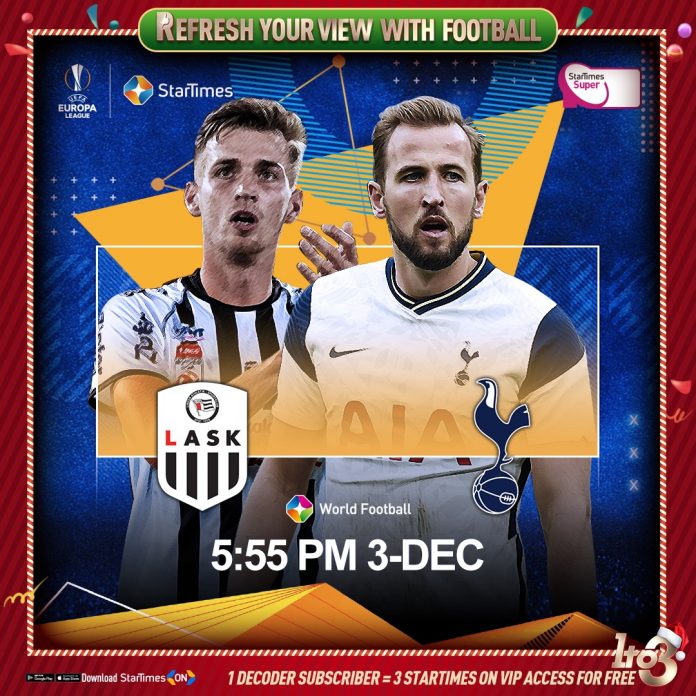 While Premier League clubs Arsenal and Leicester City have made sure of a place in the knock-out stage of the Europa League, Tottenham Hotspur still have some work ahead of them.

Going into the penultimate matchday this week, Spurs are second in Group J ahead of their away trip to Austria for their match against LASK. Like Antwerp, Jose Mourinho’s team have nine points, but are behind their rivals based on the head-to-head result.

LASK are on six points, but as they lost the away leg in England 3-0, they have to win to have a chance to overtake Spurs.

Spurs go into the game on the back of a morale-boosting goalless draw at Chelsea in the league – a result that boosts their title aspirations.

The two other Premier League teams left in the competition – Arsenal and Leicester – are already assured of a place in the knock-out stage of the competition and can afford to give some of their regular players a break.

The Gunners, who have won all of their four matches in Group B, have a six point lead from Molde and Rapid Vienna, whom they welcome to the Emirates Stadium.

As they are guaranteed of at least finishing second in the group, Mikel Arteta, who has been giving some of his star players like Pierre-Emerick Aubameyang a rest in the competition, is bound to give even more bit-players a place in the squad.

One player who is looking forward to getting a chance is their record signing Nicolas Pépé, who has to sit out a three-match domestic suspension after being red-carded for head-butting an opponent.

The right winger, who joined Arsenal from Lille in August 2019, started in Arsenal’s 3-0 win in Molde and scored one of the goals. After being criticised for the red card, Arteta praised him for his performance against Molde.

“I could see from the first minute, from his body language, that he was ready to act. We all know where his level is. All the time the question is how often he can get to that level. [The match against Molde] is the example. That is the level he needs to hit, and from there he needs to keep improving because he is capable of doing it.”

Arsenal’s record in the Europa League has been impressive and their record over the last three season reads: Semi-final, runners-up and round of the last 32.

It is a record they wish to continue.

For Leicester, meanwhile, participation in the Europa League is new.

They have done remarkably well and a thrilling 3-3 draw in Braga last week ensured them a place in the round of the last-32 ahead of their Group G game in Ukraine against Zorya Luhansk.

Like Arteta, Brendan Rodgers is in the fortunate position that he can give some of his players a much-needed rest, especially as they are playing the Europa League match just three days after their domestic league game against Fulham.

The Europa League is yet another highlight that Ghanaian football fans will be able to see live and exclusively on the StarTimes football channels as Africa’s leading digital-TV operator secured the broadcasting rights for this prestigious competition exclusively.