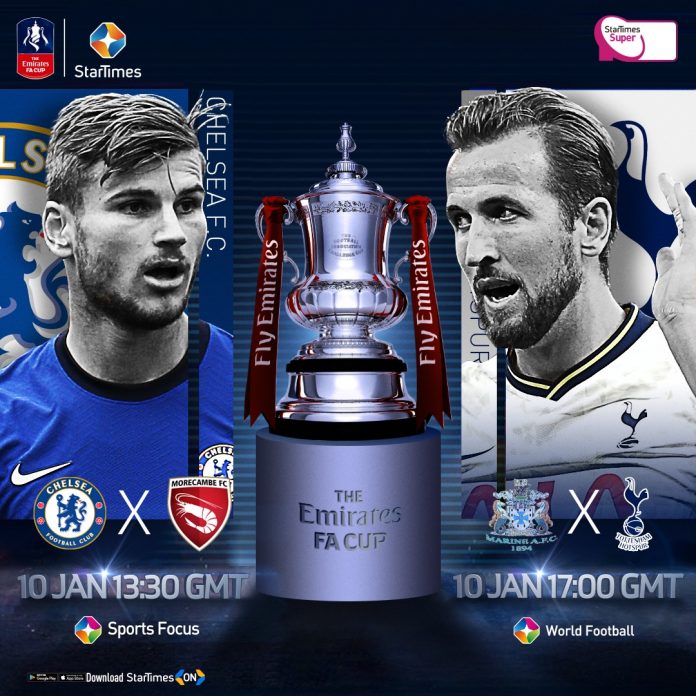 When the first qualifying round of the FA Cup started at the end of August last year, 736 clubs entered the oldest knock-out competition in the world.

For eight rounds the 44 Premier League and Championship clubs watched that number whittle down to 20 as they now join the competition in this weekend’s third round.

Wolves are at home to Crystal Palace, while Liverpool travel to Birmingham for their clash against Villa.

Between them, Aston Villa and Liverpool have won the competition 14 times, with Villa’s last success however dating back to 1957, while Liverpool’s seven wins started in 1965.

The Reds last lifted the trophy in 2006 when captain Steven Gerrard scored twice and inspired them to a 3-1 penalty shoot-out win over West Ham United.

Manchester United, who have won two titles less than the record 14 held by Arsenal, are at home to Championship side Watford, while the Reds’ local rivals City also face Championship opposition as they take on Birmingham City on Sunday.

Although the Citizens have games to catch up, coach Pep Guardiola has said that they will go out to win all the competitions they are involved in, though he has said that he might rest some of his regulars.

“For sure we’re going to prepare for the FA Cup, the best team – taking into account all the situations that we have – to go through. Maybe we have to use players from the under‑23 team, we will see. But the team is going to play to win. The people who know me know that this is going to happen,” he said.

But the FA Cup is as much about the smaller clubs as it is for the likes of City, United, Arsenal and Liverpool and for one of the so-called minnows, the draw was especially kind as they welcome Jose Mourinho’s Tottenham Hotspur.

Marine play their football in the Northern Premier League Division One North West, which is the eighth tier of English football.

Like the other non-league clubs still involved in the FA Cup, the Mariners are determined that their fairy-tale run continues, as after all, that is the allure of the competition.

The Merseyside-based club was hoping to face Harry Kane and company in a sold-out 3,185 capacity stadium, the Marine Travel Arena, but were told at the end of last month that no spectators would be allowed.

In an attempt to recuperate the money they would have made through gate-taking the club has organised the sale of virtual tickets, which includes a prize draw.

The club tweeted to their fans: “Dear Football World; following the decision not to allow fans to our FA Cup game with @SpursOfficial, we have launched a virtual match ticket with a raffle to replace lost revenue. Prizes include becoming our manager for a friendly game!”

Football fans throughout Africa will be able to watch the best games from the third round live and in HD on the StarTimes channels as Africa’s leading digital-TV operator will be showing the competition throughout the continent.

And to reward its subscribers, StarTimes launched a “1 to 3” project giving each pay-TV subscriber 3 VIP membership on the StarTimes ON streaming app for free!  Then, all family members are able to watch their favourite content simultaneously on various devices. This handy application can provide the users with 150+ live TV channels and 20,000hrs+ programs. 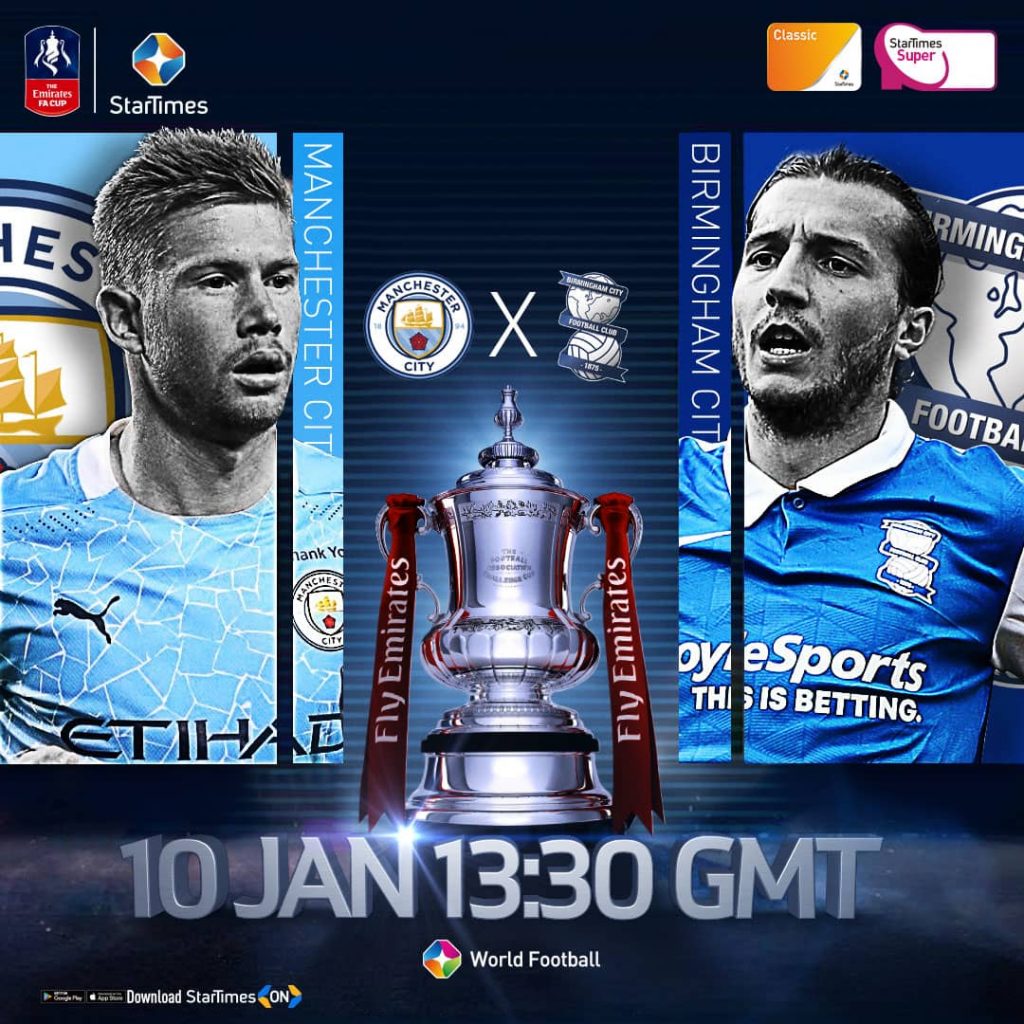 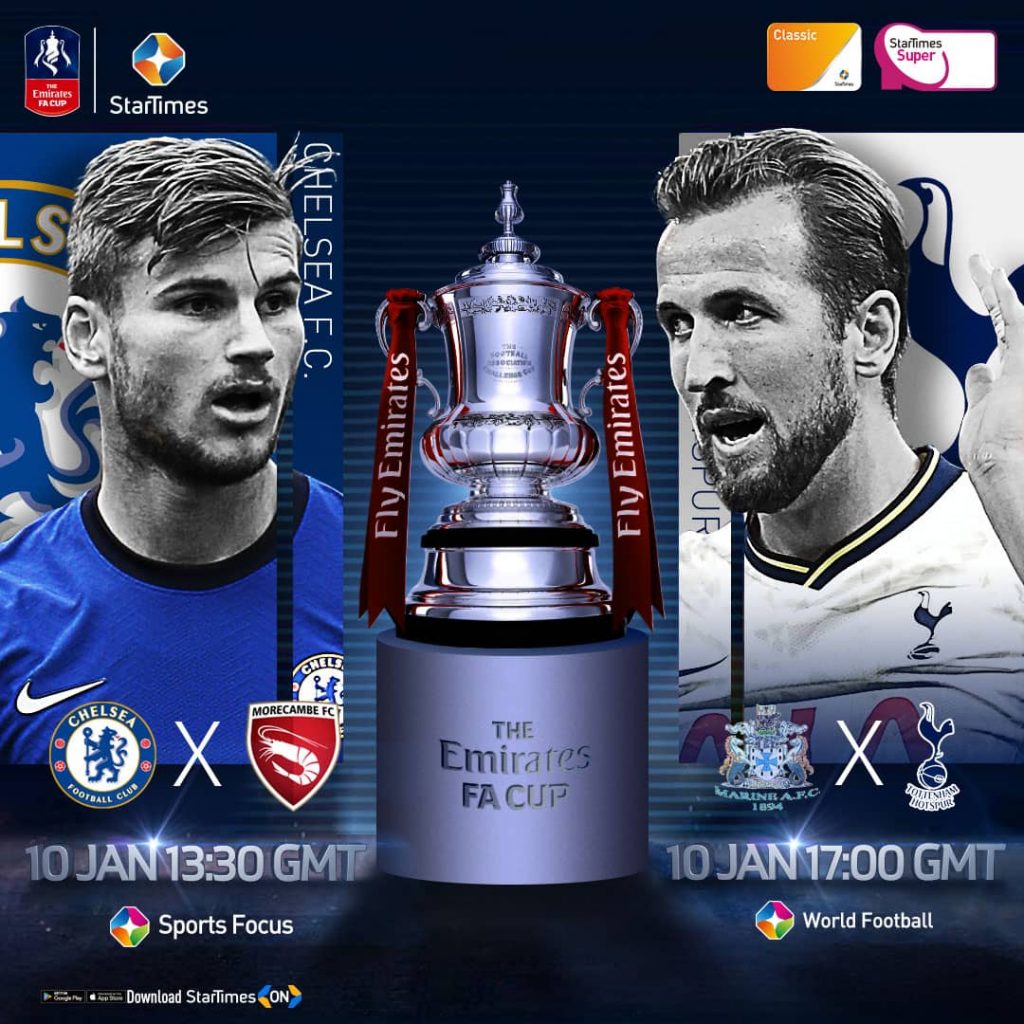 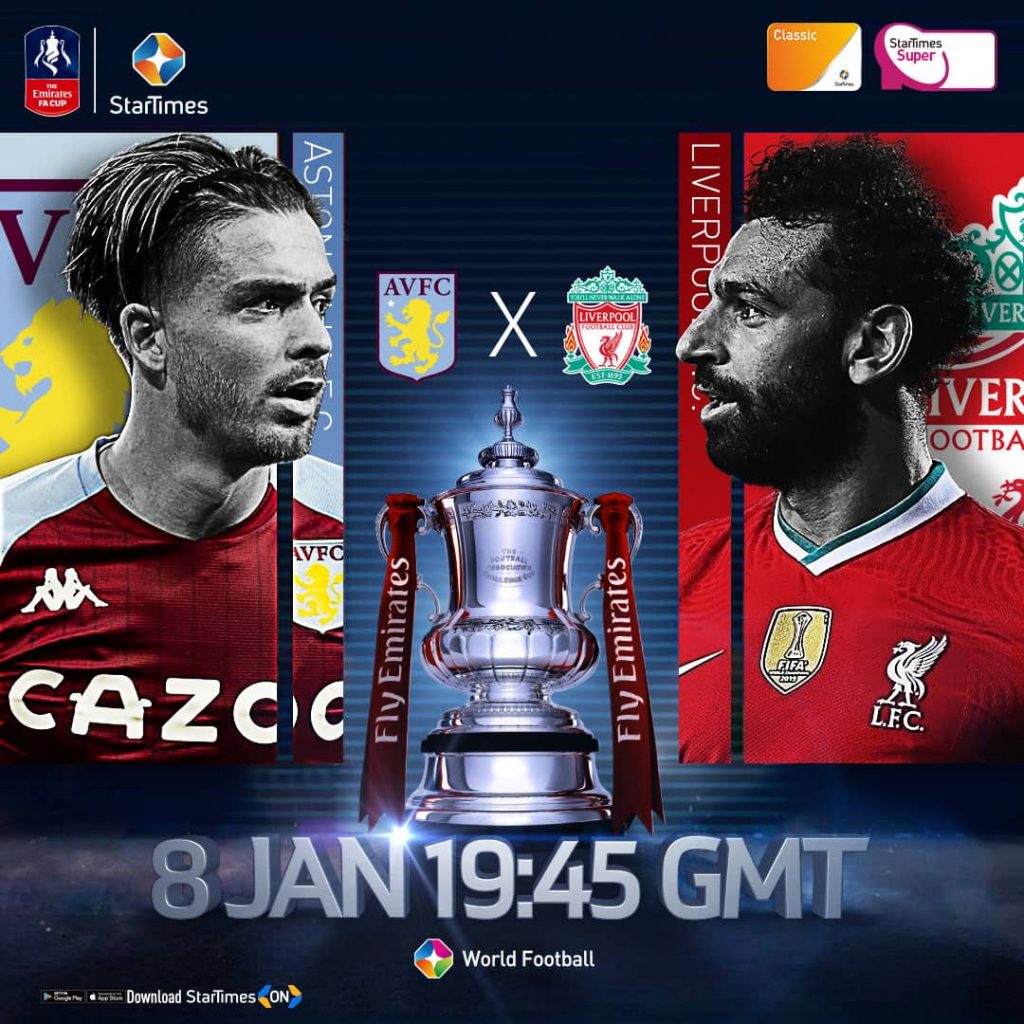 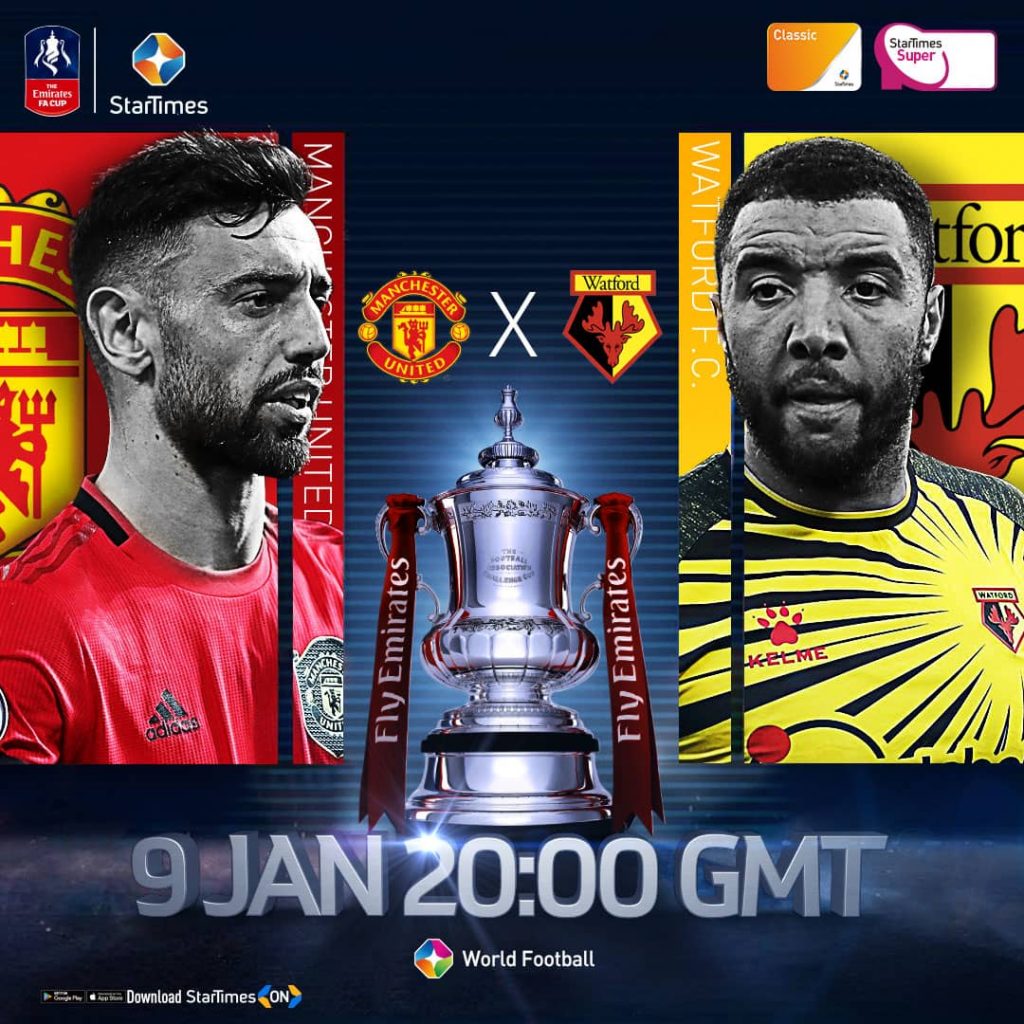