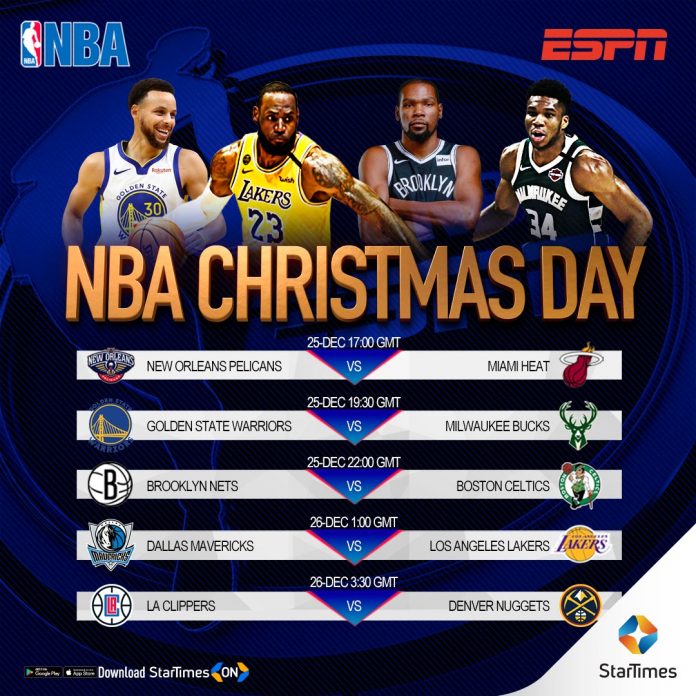 Last season’s NBA was like no other, as the global pandemic played havoc with the sport, causing a temporary suspension of the regular season, which was then continued in the NBA bubble located in Bay Lake, Florida.

At the end LeBron James inspired the Los Angeles Lakers to a 17th NBA title, beating the Miami Heat 4-2 in the final of the play-offs.

For the Lakers it was the first championship since 2010 and it was of special significance as it came in the same year as iconic Laker legend Kobe Bryant died in a helicopter crash.

Going into the 75th season, the Lakers are again counted amongst the favourites, especially since digging deep and issuing 35-year-old James with a two-year contract worth 85 million dollars.

The controlling owner of the team, Jeanie Buss, who is also the president, said that James was instrumental in helping the team to the championship in a difficult period.

“The way that the team came together, they put on their shoulders a fanbase that was heartbroken, led by LeBron James. And watching him, especially in this time of crisis, not only in the loss of Kobe, but during a pandemic and also the social unrest that we experienced this summer, he’s a leader, he’s fearless, he’s taught me just by example that you don’t accept anything less than your respect.”

Another NBA star the Lakers managed to hold onto was Anthony Davis, who won his first NBA championship in his first season with the Lakers. He signed a new five-year contract worth 190 million dollars.

With James and Davis in the fold and several star newcomers including Spanish center Marc Gasol, who won the championship with the Toronto Raptors in 2019 and German Dennis Schröder, the Lakers could be even stronger than last season.

They will presumably not have to look very far for one of the teams that is eying to take the championship away from them as city rivals LA Clippers, with whom they share the Staples Center are looking to better their 2019/20 season, when they were going for the title, but failed to even advance to the conference final.

Other teams expected to be strong are the Milwaukee Bucks, the Miami Heat and the Denver Nuggets.

The star player for the Bucks is Giannis Antetokounmpo, who won the NBA MVP award for the last two years running and teams up in Mike Budenholzer’s team with his brother Thanasis.

Born in Athens to first-generation Nigerian immigrants, the “Greek Freak” as he is nicknamed for his impressive 6 foot 11 inch height and 11 inch-long hands, has said he considers himself both Greek and Nigerian.

“The Nigerian and Greek cultures are always present in my home, whether it’s through music, or food or what’s being watched on TV. The first thing I did when I arrived in 2013 [in Milwaukee] was to locate the closest Greek and African restaurants!”

Despite all the accolades that Giannis has achieved – two time MVP, four-time NBA All-Star player and in 2017 he became the first player in NBA history to finish in the top 20 in total points, rebounds, assists, steals, and blocks for a single season – there is one thing that his younger brother Kostas has achieved that he has not: He has won the NBA title. Despite playing only a few games last season for the LA Lakers, he was re-signed on a two-year contract and a Antetokounmpo versus Antetokounmpo NBA final this season is certainly not out of the question.

With the NBA gaining in popularity throughout Africa, basketball fans can watch the best of the action brought to Ghana and the entire continent live and exclusive on ESPN, which is broadcast on the StarTimes platform.

And to reward its subscribers, StarTimes launched a “1 to 3” project giving each pay-TV subscriber 3 VIP membership on the StarTimes ON streaming app for free!  Then, all family members are able to watch their favourite content simultaneously on various devices. This handy application can provide the users with 150+ live TV channels and 20,000hrs+ programs.