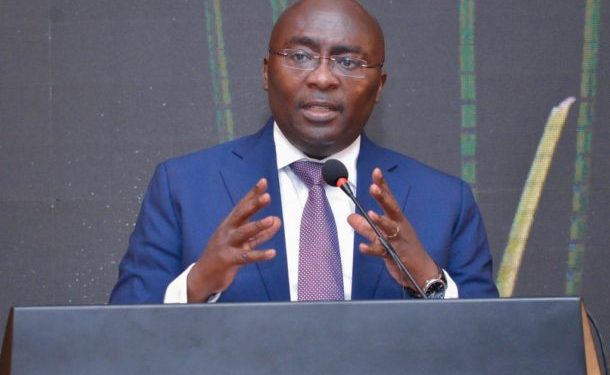 Dr. Mahamudu Bawumia, the Vice President of Ghana, has shot down claims by the opposition NDC that the Akufo-Addo administration has neglected projects it ‘inherited’ from the previous government.

Presenting the Akufo-Addo government’s infrastructure record in Accra on Tuesday, Dr. Bawumia said it is pure propaganda for anybody to claim that the current government has not continued with projects initiated by its predecessor.

Dr. Bawumia said “Contrary to the propaganda, the evidence is that we have also completed or working to complete many projects that our government inherited.”

In the educational sector for instance, Vice President Dr. Bawumia noted the government has completed some of the E-blocks it inherited and is also in the process of completing the rest.

“Contrary to propaganda, in addition to what we have done, we have also completed several health projects that we inherited from the previous government,” the Vice President noted.

In his infrastructure presentation, Vice President Bawumia spoke extensively on the massive infrastructure investment made by the government of President Akufo-Addo since assuming office in 2017.

To ensure independent verification of all infrastructure projects the government has undertaken since 2017, Dr. Bawumia announced a government delivery tracking website wwwdeliverytracker.gov.gh, which provides detailed information on projects, location and their current status.