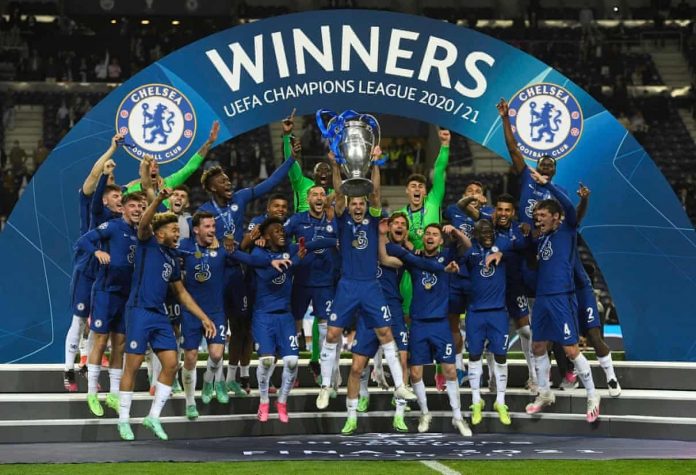 The final which was played in Porto saw Chelsea win by 1-0.

Though Manchester City dominated possession, it was Chelsea that got the all important goal.

Mason Mount played Kai Havertz through on goal and the German rounded goalkeeper Ederson to score in the 42nd minute.

Chelsea ensured the went into the break with the lead.

After the recess, Chelsea were under intensed pressure but they held their lines and in the end won the 2020/21 Champions League trophy.