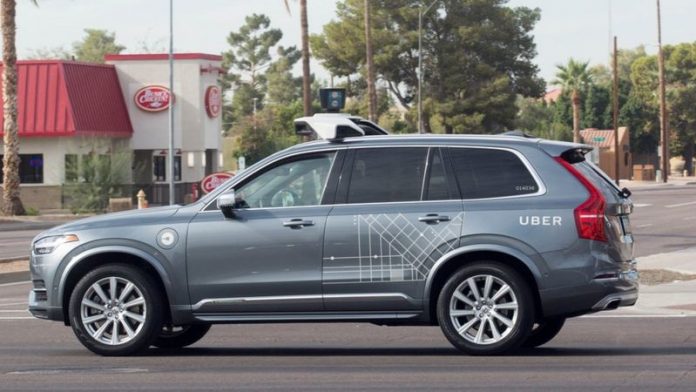 The back-up driver of an Uber self-driving car that killed a pedestrian has been charged with negligent homicide.

Elaine Herzberg, aged 49, was hit by the car as she wheeled a bicycle across the road in Tempe, Arizona, in 2018.

Investigators said the car’s safety driver, Rafael Vasquez, had been streaming an episode of the television show The Voice at the time.

Ms Vasquez pleaded not guilty, and was released to await trial.

Uber will not face criminal charges, after a decision last year that there was “no basis for criminal liability” for the corporation.

The accident was the first death on record involving a self-driving car, and resulted in Uber ending its testing of the technology in Arizona.

Lengthy investigations by police and the US National Transportation Safety Board (NTSB) found that human error was mostly to blame for the crash.

Ms Vasquez was in the driver’s seat, and had the ability to take over control of the vehicle in an emergency.

Dash-cam footage released by police showed Ms Vasquez looking down, away from the road, for several seconds immediately before the crash, while the car was travelling at 39mph (63km/h).

Records from the streaming service Hulu also seemed to show that her device had been streaming a television show at the time.

The NTSB, meanwhile, identified the probable cause of the accident as failure of the operator to monitor their surroundings, and the automated system, “because she was visually distracted throughout the trip by her personal cell phone”.

NTSB vice chairman Bruce Landsberg wrote in the report: “On this trip, the safety driver spent 34% of the time looking at her cell phone while streaming a TV show.”

Ms Vasquez was charged on 27 August, and made her first appearance in court on 15 September. The trial is now set for February next year.