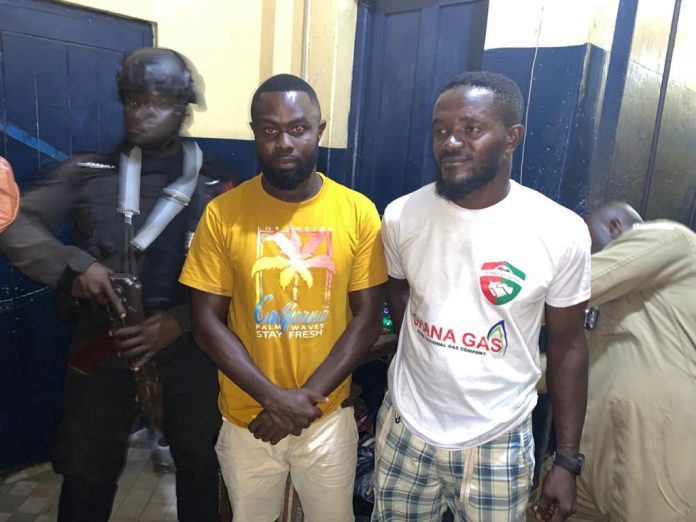 Some two supporters of Karela United have been arrested following the assault they meted on Medeama SC players when the two sides met in the MTN FA Cup at the Aiyinase CAM Park.

Two men – David Yankey nicknamed Akpale, 32, and Jonathan Essien, 33, have been arrested by the Tarkwa Police following a swoop on Sunday night.

The two suspects will be sent to the Sekondi Regional Police Headquarters for further action on Monday.

Seven suspects are believed to have instigated and attacked players of the visiting team and damaged the team’s bus following Karela United’s 2-1 defeat to Medeama in the FA Cup Round of 32.

The Pride and Passion has started investigation into the unfortunate incident which has overshadowed the side’s FA Cup match at Aiyinase.

The match was overshadowed by massive crowd violence which has rocked the famous Cup competition.

Medeama however won the match 2-1 and have progressed to the next phase of the competition.