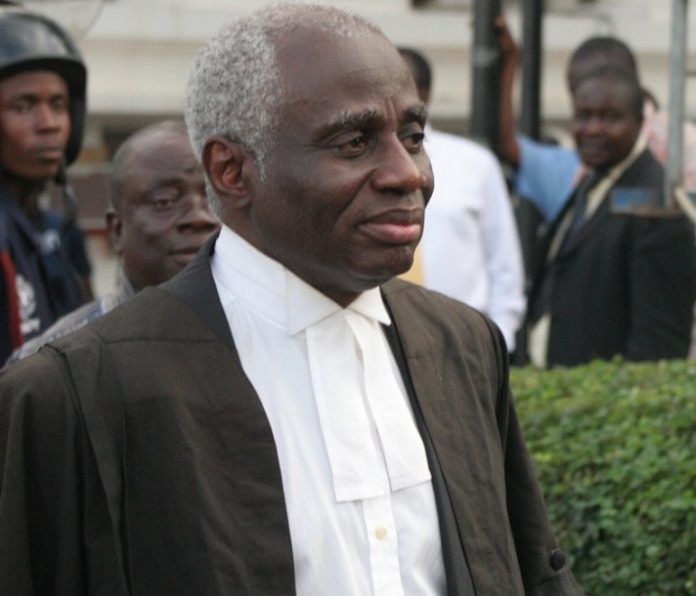 According to Tsatsu Tsikata, in all modesty he only appeared before the seven justices of the Supreme Court of Ghana in the 2020 Election Petition as an officer of the court, not as their former lecturer.

Tsatsu Tsikata said this in response to public concerns that   his stature intimidated the judges who became hell-bent on “teaching him a lesson”.

Speaking to KSM, on his show on Friday, March 12, Tsatsu Tsikata said “They were my students a long time ago. This time, they are Justices of the Supreme Court. When I appeared before them this time, I was appearing as an officer of the court, a lawyer who is advocating a case before them and that is an important difference. I wasn’t there as their lecturer. That’s 30 years ago”.

“Yes, I have taught a lot of people, but they have all moved on and become something in their own right. I was taught by many people in the past, but I have also moved on. These people have moved on; they’ve become judges – Justices of the Supreme Court so, I’m very conscious of the fact that when I appear in these cases, I’m not appearing as a lecturer or former lecturer,” he explained.

According to him, lawyers do not appear before judges in court as “supplicants” trying to seek favours from the judges.

He said the cliché that the law is in the bosom of the judge is not quite like that because “it requires referring to a lot of material […]. Lawyers try to uncover the materials and make it available for the judges because, without that, the judges will also be handicap.”