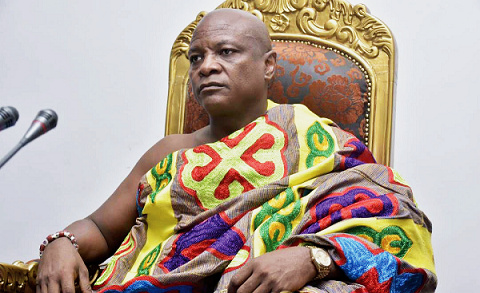 Togbe Afede XIV, Accra Hearts of Oak Executive Chairman, has urged the fans of the club to be patient and keep supporting the club as measures are being put in place to ensure that the club returns to its winning ways.

Accra Hearts of Oak have been without a major trophy for over a decade now which Togbe Afede said management continues to invest money into the club and the fans have the responsibility to also play.

According to Togbe Afede, no supporter loves the club more than those who are investing their monies into the club. This he said in response to claims that he is not passionate about the club.

“They should also remember that they can’t love the club more than those who are spending money and their time”, he said after the unveiling of the team’s partnership agreement with StarLife Assurance.

“Those noises don’t help the club. It took 30 years but Liverpool finally won the Premier League title. Genuine fans learn to support and appreciate what management is doing”, he said during the launch of the team’s partnership with StarLife Assurance.

“Negativity makes it hard to strike a relationship like this because nobody doesn’t want to be associated with a bad product. So they have a responsibility to support what we are doing”, he added.

Asante Kotoko notch a step higher to an elite with partnership.

Covid-19: GPL, Division One League to resume with 25% spectators