If you are thinking about how long it took Liverpool to win the premier league title, then here is another nip for you.

A Liverpool fan has to wait 17 years for a haircut following a promise he made after the club failed on several attempts in winning the premier league. 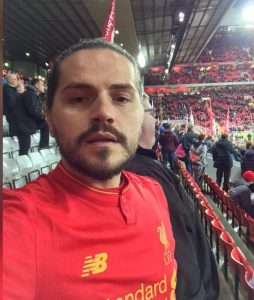 His hair vow came after Steven Gerrard’s slip against Chelsea to hand the crown to Manchester City, despite Liverpool having led for much of that season.

“You never get over it, but you have to. That’s life, you have to move on.”

Uke Krasniqi is an educational assistant and a diehard Red fan from Kosovo but now lives in Vancouver.

Despite being urged several times to cut his long curly hair in between by friends and family he remained committed to the promise. 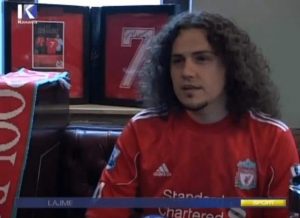 “I’ve been waiting for this moment and as long as it takes.

“I had a few disappointing moments but it seems that I’m finally there, it’s going to happen.”

“Whenever I see Jordan Henderson lifting that trophy I will be cutting my hair and my wife Diana would be doing the honours.”

The 37-year-old has supported the Reds since childhood thanks to his father, who watched the club in the days of domestic dominance with Kenny Dalglish and Graeme Souness.