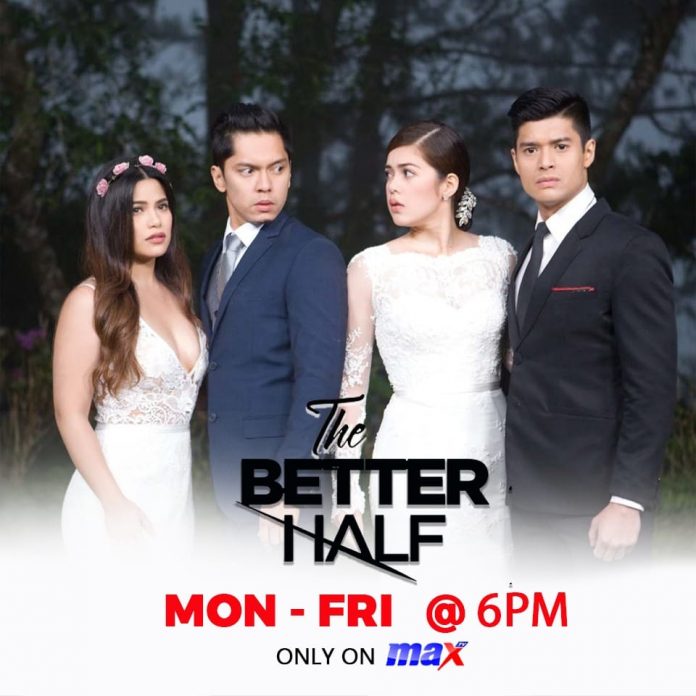 Today’s episode started with Edgar and Susan leaving. Julio apologized for talking about Marco but Camille said that it was fine.

Camille called Rafael as he was leaving the mayor’s office and told him that his parents already knew everything. Rafael was puzzled because they were supposed to share the news together and Camille explained that Julio said something about seeing Marco so she had no option but to tell them. Rafael said he was on his way home so that they could discuss the situation further.

Helen was resting in bed after the news and Camille went in to give her some water. She explained to Luicito and Helen that they had agreed with Bianca not to let anyone know about their situation because it would lead to both their marriages being null and void. Edgar told Camille that he and Helen supported her but he asked that they see a lawyer about annuling her previous marriage. Helen asked Camille to tell them if they needed help with anything. She was also worried that a scandal might break out if news about Marco reappearance got out so she asked Camille to make sure that they remained discreet about it.

When Rafael got home, his parents had already left and he apologized to Camille for not being there and leaving her handle the matter alone.

Bianca hired an investigator to look into the mayor’s profile and to find out why she was so adamant to derail their project.

The following day at school, Julia asked some boys from class to play with her but they did not want to because she was a girl. They asked Julia to read as sign first before they agreed to play with her but Julia was not able to because of her dyslexia. The boys teased her and called her stupid and Julia got upset so she pushed one of them. She then ran and hid in utility closet so that the boys would not find her. She dropped a broom so the boys knew that she was in there and they started to scare her. Julia started to cry but Camille appeared and asked the boys what they were doing. Julia ran out and told Camille that the boys had been bullying her.

Camille called the children to her office and reprimanded them for the incident. She asked the boys not to bully Julia or call her stupid because she was dyslexic. The boys said that Julia pushed one of them and Camille asked Julia not to do it again because it was not right.

When Marco and Bianca went to pick up Julia, they were alarmed because she did not come out of the school building. Camille went out with her later and asked to talk to them about Julia’s incident. Marco asked Julia not to push the other kids and call the teacher if anyone tried to bully her.

Helen and Luicito visited Rafael at work and he told them not to worry about the situation with Marco because he and Camille had things under control.

Julia wanted to give Camille a gift for saving her so she asked Marco to help her and Bianca was furious. They made a box with the sun symbol and when they gave it to Camille, she remembered Marco telling her that it was a symbol of their love because they loved watching sunsets. Camille asked Julia why she made the sign and Bianca boasted that it was the symbol of her’s and Marco’s love. As they left, Marco invited Camille and Rafael to the opening of his furniture shop.

Rafael had the project redisigned according to the mayor’s specifications. He and Bianca took it to her and she approved it. She said that she would have the permit ready in three days. As they left, Bianca told Rafael that the mayor must have been up to something and she did not trust her. Rafael was happy that the project would finally push through so she told Bianca that they would deal with the problem if it came.

Rafael went alone to Marco’s furniture shop opening and apologized for not bringing Camille because she was busy. Julia was pretty dissappointed because she loved eacher camille.

Marco was showing some furniture designs to Rafael when he received a call from his site engineer. There was a problem with the soil because it was waterlogged and he suggested that they change the design for the project. Rafael got upset and told the engineer to find a solution instead of suggesting design changes. Marco told Rafael that he was a civil engineer and offered his help. He gave a perfect solution to the problem and Clarita who was there listening suggested that Rafael hire him as the site engineer. Rafael was uncomfortable with the idea and said that he could not just fire his site engineer. Marco also said that he wanted to focus on the furniture business so he could not take on the job.

Today’s episode ended as Camille and Rafael met with Alfredo to talk about the situation with Marco. 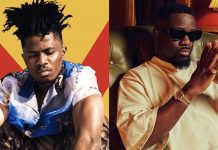 Kwesi Arthur: It is always fun working with Sarkodie