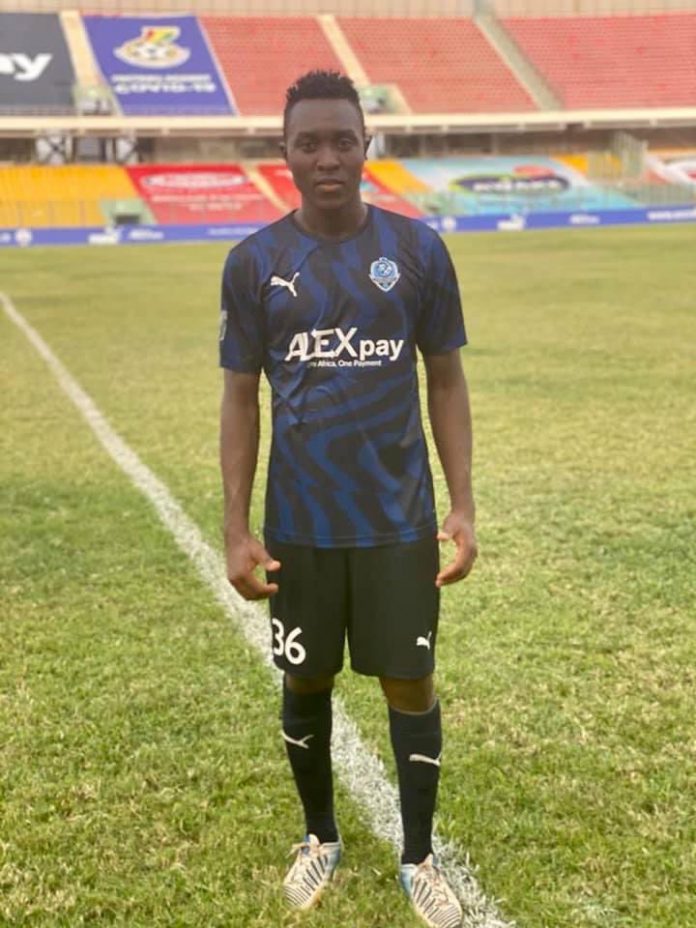 19 year-old Rauf Salifu has been a sensational gem for Division One side Accra Lions Fc.

Just a youngster with his whole career ahead of him, yet he has made a mark, quite early in the Division One league.

He has registered 16 goals in 18 games for the club already and scaling through the heights as one of the sharpest shooters in the league so far.

The Division One league in itself is deemed arguably the most competitive league amongst the various strata of Ghanaian leagues.

The passion of the various youngsters to rise to glory along with their team is clear.

Seeing the likes of Kwame Opoku, Isaac Mensah, Prince Opoku Agyemang, Joseph Esso et al who are all graduates of the league fuels their passion to one day play in the Premier league.

Rauf in an interview with an Accra based TV said that he has set targets for himself as a player and would one day, fancy a dream move to play in one of Europe’s top five leagues.

He has registered back-to back hattricks for the Lions against Agbozume Weavers and Phar Rangers.

He currently sits top on the goal scorers list and has a number of premier league teams ready to poach him in the next transfer window.

Head coach of Lions Fc, Rainer Kraft has expressed his joy for having such an enigmatic youngster in his squad and believes Rauf will be pivotal in securing a slot in the Ghana Premier league.

Accra Lions currently sit on the second spot of the Division One league with 40 points.