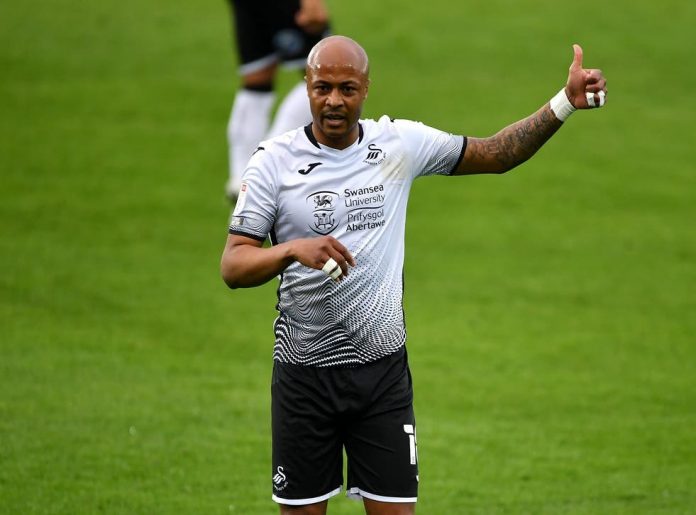 Championship side Swansea City have parted ways with Ghanaian forward Andre Ayew, the club have announced.

Ayew’s time at the Liberty Stadium has come to a close after 141 appearances over two spells. This comes after both parties failed to agree on a renewal to continue their existing relationship.

A club notice on Friday confirmed a number of players who have been released from the club and the Black Stars captain’s name was included.

Ayew has been the club’s top scorer for the past two seasons, amassing 35 goals since returning from a loan spell at Fenerbahce.

The Swans wished Ayew the best of luck in his future endeavours.

Meanwhile, Ghana captain Andre Dede Ayew on Thursday received an award for being Swansea City’s top scorer of the 2020/2021 season.

Ayew enjoyed another fine season for the Swans, and the Ghanaian took home the award after netting 17 times across the campaign.

The U-20 World Cup winner guided the Swans to the finals of the Championship playoffs however his hopes of leading Swansea to the Premier League was shattered by Brentford who defeated them at Wembley.

Despite the defeat, it was a memorable season for Ayew who earned the club some important victories with his clutch goals like the one in the playoff semifinal against Barnsley.

The 30-year old is available for suitors following his exit from Swansea.