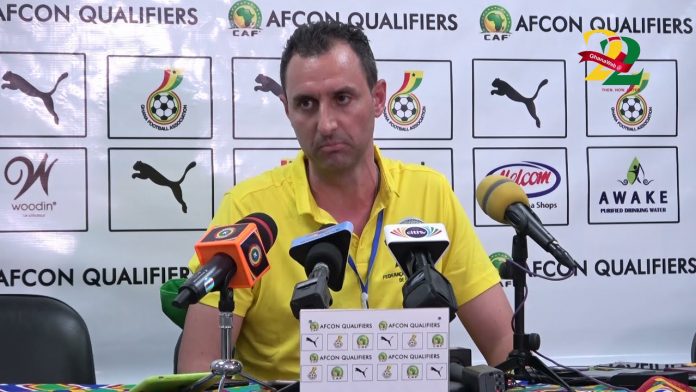 Adriano Eusébio, the Head coach of the São Tomé and Príncipe national football team, has said that Ghana is the best African team at the moment.

The Black Stars defeated São Tomé and Príncipe on Sunday, March 28, by 3-1 at the Accra Sports Stadium in the AFCON Qualifiers. The scoring was opened by Defender Nicholas Opoku with a header before Jordan Ayew added a second and Baba Rahman rounded it off with his debut Black Stars goal.

Coach Adriano Eusébio, who was speaking after the match, noted that, although his side made a couple of mistakes in the opening minutes of the game they manage to warm up and rose to the occasion and eventually got an important consolation goal.

However, He hailed the Black Stars for their dominance on the African continent.

The coach said “Ghana is the best African team of the moment; they’ve got the national team playing very well in this group.”

He added, “We did two individual mistakes in the first half which made Ghana score but we improved in the second half and we did our best in the second half. At the end of the game we scored and it was important for us.”

Participating in the AFCON Qualifiers for the first time, São Tomé and Príncipe failed to win any match or pick up a point in Group C.

However, coach Eusébio explained, “We are a little country and we want to grow our football so we’ve started this work now. The qualification was our first experience.”

“This group was very strong, Ghana , South Africa and Sudan but for me, Ghana was the big shark of the group,” coach Eusébio concluded.