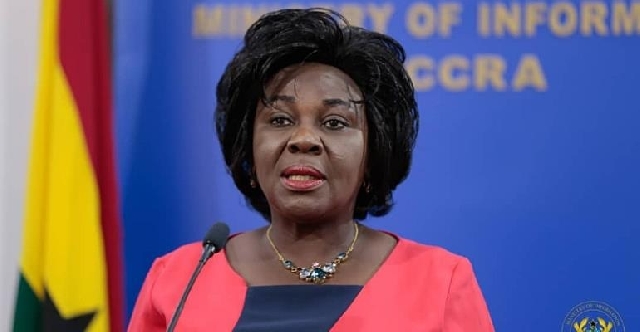 A directive has been given that Landlords and property owners, nationwide, have been asked not to take water bills from their tenants for the next 3 months.

This directive was given by Minister of Sanitation and Water Resources at today’s press briefing with the Ministry of Information in Accra.

“No landlords should take monies for water bills from their tenants, this is because government has absorbed all the cost for the next 3 months. Don’t charge tenants for water,” Minister told the media.

Minister of Sanitation and Water Resources, Madam Cecilia Dapaah, has also asked the Ghana Water Company Limited not to send out arrears owed for the last 3 months to avoid confusion among Ghanaians.

“We have held on to the old arrears to avoid confusion. The Ghana Water Company has been advised to hold on for now with all old arrears and should bring it later on.”

President Akufo-Addo, as part of measures taken to combat the novel Coronavirus pandemic, announced that government has absorbed the water bill for all Ghanaians for the next three months – April, May, and June.

In President Akufo-Addo’s fifth address to the nation, he instructed all water tankers (publicly and privately owned) to mobilise to ensure that there is constant water supply to all vulnerable communities.

He noted, “the Ghana Water Company Ltd and the Electricity Company of Ghana have been directed to ensure the stable supply of water and electricity during this period. In addition, there will be no disconnection of supply.”