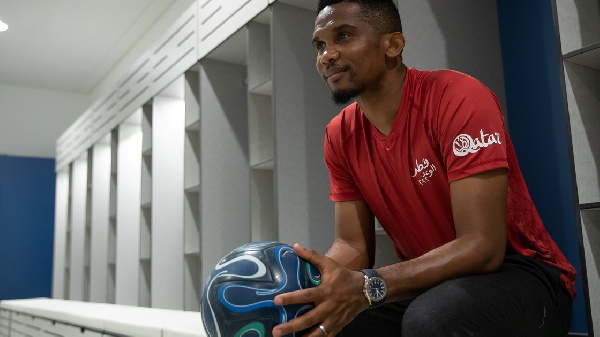 Samuel Eto, the former Cameroon and ambassador for the Qatar 2022 FIFA World Cup, has said the host nation of the next World Cup is determined to sell a remarkable tournament, adding that Qatar wants to offer a gift to the world.

According to Samuel Eto, the people should not be fixated about how much Qatar would potentially spend in hosting the tournament saying ‘when you give your wife a gift you don’t count the cost.”

Samuel Eto, speaking at a virtual media roundtable organised by the Supreme Committee for Delivery and Legacy for the FIFA World Cup Qatar 2022, said the World Cup to be hosted by Qatar will be one of the best yet.

“The Qatar 2022 world cup is going to be one of the best world cups ever organized. It will be spectacular and it will only be fair if spectators can witness it.

“Let’s keep our fingers crossed, I am positive we will have stadiums filled to a 100% capacity,” he said.

Samuel Eto further  revealed that the facilities and stadia to be used for the tournament are 90 percent done with some ready to host major tournaments even now.

“By the end of this year, all the stadiums will be completed and ready for use.

He maintains that Qatar which has been his home for the last three years is safe and will be open to welcoming the millions of people expected to throng the country for the tournament which kicks off in 600 days.