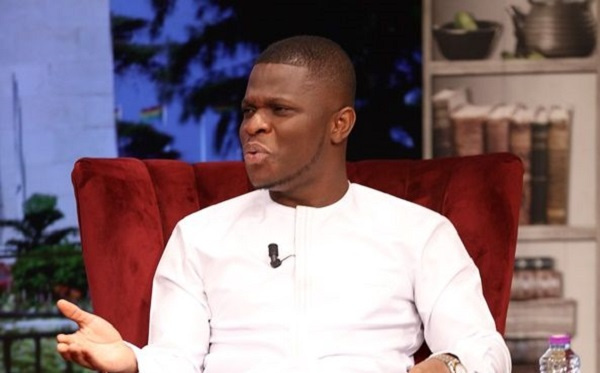 According to the National Communications Officer of the National Democratic Congress (NDC), Sammy Gyamfi, President Nana Addo Dankwa Akufo-Addo’s decision to devote a non-existent $100 million for the fight against the deadly Coronavirus was a complete scam.

Sammy Gyamfi said “you could not get $35 million for projects but went to devote about $100 million available for the fight against coronavirus”.

“The said amount that was supposed to be disbursed by the Finance Minister for the purchase of Personal Protective Equipments (PPEs), equip isolation centres, and procure hand sanitizers among others”, Sammy Gyamfi disclosed.

Sammy Gyamfi said the President was lauded by all for making such a bold decision but was disappointed when it emerged that the amount in question was not readily available for use.

“When the Finance Minister went to parliament it came out that what the President said was ‘419’, it was a lie because there was no such any amount anywhere. The government indicated it was going to borrow. It manifest the fact that President Akufo-Addo is sleeping on the job and taking the health needs of Ghanaians of for granted”, he stated.

Sammy Gyamfi stressed that if government is able to raise money for the new voters’ register, then it should be able to raise enough money to contain the health needs of the ordinary Ghanaians having touted his Ghana beyond Aid agenda.

It would be recalled that the President during his maiden address on the coronavirus announced the $100 million fund for the covid-19 fight and directed his finance Minister to release same.

“At my prompting, the Minister for Finance has made available the cedi equivalent of $100 million to enhance our coronavirus preparedness and response plan”

“That is to fund the expansion of infrastructure, purchase of materials and equipment and public education,” President Akufo-Addo said.