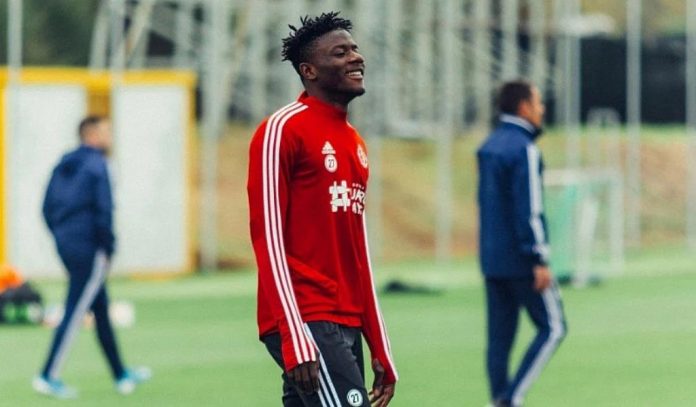 Ghanaian Mohammed Salisu, Southampton summer signing, made his first appearance in the Premier League in a 2-1 loss to Wolverhampton Wanderers on Sunday.

Mohammed Salisu was a 72nd-minute substitute in the matchday 24 fixture at St. Mary’s, replacing the injured Kyle Walker-Peters.

The league bow comes only three days after he made his debut for the club in a 2-0 away win over the same Wolves side in the FA Cup on Thursday.

Danny Ings opened the scoring for Southampton in Sunday’s tie, putting the ball in the net in the 25th minute but the visitors replied after the break with Ruben Neves (53rd minute) and Pedro Neto (66th minute) turning the tide in their favour.

Salisu will be eyeing a third straight appearance in all competitions and a second consecutive outing in the Premier League when they host Chelsea on Saturday.

“It’s a perfect night, I’m really happy to be back with the team. The team really did well and worked hard, I’m very happy,” Salisu said after Thursday’s debut in the FA Cup.

“I’m very excited for a clean sheet, it’s very important. It was a great boost really, we are going to give our all on Sunday. I think we need to focus on the next round, fight hard together and I think we’ll go further.

“When we are on the pitch, we are all the same and we have to give our all. I’m looking forward to playing more matches and give my best to the team.”

The Ghanaian joined Southampton in a four-year deal from Spanish side Real Valladolid in August last year. French club Rennes were also interested in his services.

Owing to an injury carried on from the La Liga fold, he had to delay joining The Saints for pre-season training until after a month.

Even then, club boss Ralph Hasenhuttl found the centre-back low on match fitness and sidelined the 21-year-old from the matchday squad until December. The Accra-born made seven straight bench appearances in the league in the month before sustaining another injury just before the New Year.