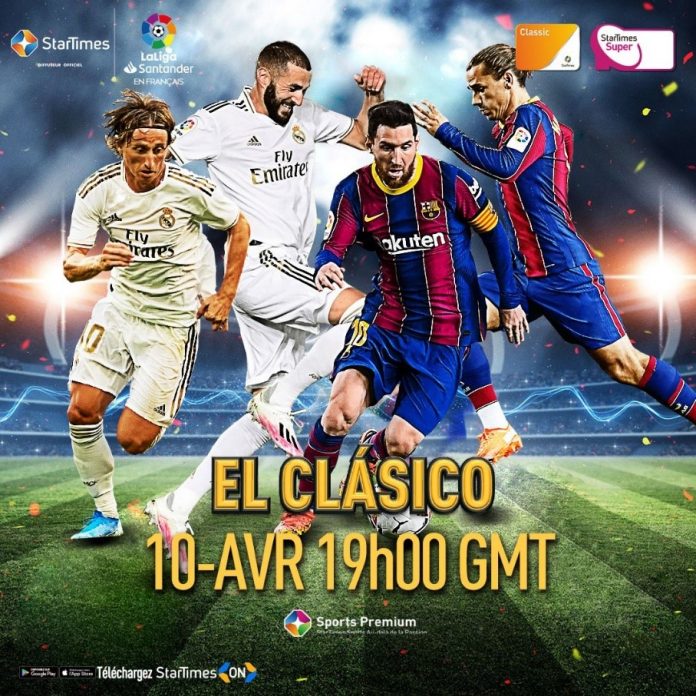 If there is a good way to go into the El Clásico, it probably does not get much better than a 3-1 victory against Liverpool in the Champions League quarter-final.

Not only will Real Madrid take a lot of confidence from their own win against the Premier League side in Tuesday’s game, courtesy of a Vinicius Junior brace and a goal scored by Marco Asensio, they will also be buoyed by other results.

On the weekend, table-topping Atlético Madrid lost 1-0 at Sevilla to allow Real to close the gap to three points on their local rivals, while Barcelona whom Los Blancos face in the El Clásico on Saturday are two points ahead.

Due to Covid regulations the match will be played in the Alfredo Di Stéfano Stadium, which normally hosts games of the Real Madrid reserve side that campaigns in the Segunda División B, which is the third tier of Spanish football.

Both sides have several injury worries ahead of their 182nd La Liga clash.

Against Liverpool, Real Madrid coach Zinedine Zidane had to make do without captain Sergio Ramos, who has played in more El Clásico matches – 45 – than any other player.

Ramos, who is likely to miss Saturday’s game, said that his muscle injury was not the worst thing about having to sit out. “If there is something that hurts me, it is not being able to help the team in these highly demanding matches … and also not being able to return the love and energy that you show me on the pitch,” he wrote on Instagram, adding: “I can’t do anything but speak honestly, work hard and cheer on the team with my soul.”

Ramos’ central defensive partner Raphael Varane will definitely be out of the game as he has tested positive for the Covid virus and will be forced to quarantine.

Dani Carvajal and Eden Hazard were also unavailable against Liverpool and are likely to miss the clash against Barcelona.

Barcelona, who needed a last-gasp goal from Ousmane Dembele to beat lowly Valladolid 1-0 on Monday will probably be without inspirational Gerard Pique on Saturday.

But despite all the absences, there are still plenty of stars that will feature in the game, with Barcelona having the likes of Lionel Messi, Frenkie De Jong, Jordi Alba, Antoine Griezmann and young American Sergino Dest, while Real can count on Toni Kroos, Karim Benzema and Luca Modric – amongst others.

Saturday’s home side has a slight advantage in the statistics, having won 74 of the 181 previous matches, while Barcelona won 72, with 35 ending in a draw.

Saturday’s match is no doubt the highlight of the weekend’s global football calendar and Ghanaian fans will miss none of the action as the game will be televised live and in HD on the StarTimes Sports Premium channel #246 as Africa’s leading digital-TV operator broadcasts La Liga matches throughout the continent as well as Bundesliga, UEFA Europa League, FA Cup and the coming UEFA Euro 2020.