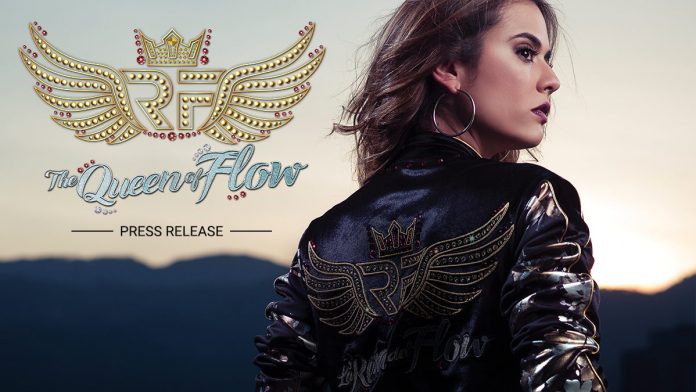 We started tonight’s episode at surround vibes, where an angry Rosalia tells Jack juancho just fired her and he asked why? she replied that it’s about her vote buying as Jaime listens in on their conversation from a distance.

Jack asked Rosalia when she will stop thinking of winning at all cost and causing problems, she asked jack to talk to Juancho and he said he can’t. She said if she leaves she can’t help him with Jaime by dating Juancho. He said he doesn’t need her help, she threatens Jack and leaves angry.

Pite and Vanessa visits Juancho’s studio at surround, they said they will like to promote their brand at the concert but Vanessa seems off throughout the conversation, Juancho said he won’t charge them for anything and end up asking Vanessa if she was okay and she said yes.

At Excelsio studios, Charly tells Carolina things are bad and same thing happened with Mora and she asked him to calm down. Charly furiously tells her that her stupid judge friend was supposed to help them out and he didn’t do anything. He said he won’t spend a minute in jail because it will end his career and life and that will be over his dead body and Carolina tries to calm him down.

Charly said the only way it will all end is if the stupid Jaime leaves him alone and Carolina said he shouldn’t think of her anymore but concentrate on building a good defense. He starts calling someone and she asked who he’s calling and not to start any trouble.

Pite and Vanessa on the streets, he was on phone whilst an absentminded Vanessa was almost hit by a car, Pite saves her and ask what’s wrong?. She tells him about Marlene and pite said it’s strange circumstances regarding her death. She shows Pite her mom’s cellphone and the gun and pite tells her to go to the police and she said she can’t do that or give up her dad.

Jack has a talk with Jaime, she tells him she loves juancho and a broken hearted jack leaves.

Cata tells Juancho she has decided to move to Chicago as soon as possible and Juancho ask her to calm down. She said he has Jaime and she doesn’t want to be an obstacle anymore, Juancho said things didn’t go well between them because they moved too fast and it was a mistake but Cata said Jaime got into their lives.

Juancho said if she’s doing all this to make him run back chasing her he won’t do it no matter how much it hurts and he’s starting all over in their town and Cata said she also wants to start a new life for herself that’s why she wants to leave. He said it hurts if she wants to take the baby away but he gets it telling her he wants to be in the baby’s life as he apologizes to her and she also does the same.

Charly talks to Natalia about what his fans are doing to dispel the rumors, she shows him something on her iPad about attacking and sending messages to all those attacking him and Charly thanks her but he continued by saying that’s not enough and a good scare will accomplish what they want to achieve.

Eric happily tells Irma they will be together on stage during the concert entertaining millions of people, she tells him about her dad and he cheers her up and Eric invites her to dinner with his mom and juancho which she agrees to go.

Natalia spies on Jaime as she leaves surround, she tries attacking her but Jaime quickly defends herself and gives her a good warning as she runs away.

At home, Pite checks his inventory but Vanessa still seems off and he asked her to go sleep for a while whilst he finishes it up.

Juancho and Jaime prepares for dinner as they talk about how bad it feels telling Jack and Cata the truth whilst assuring their love for each other. Eric and Irma arrives and they break the news of being officially together and they’re happy for them, Right then Pite calls Eric to tell him about Vanessa finding a gun and they thinking Charly used it to kill the woman blackmailing him. Eric said he will be right there. Eric tells the rest the news, Jaime said he will go with Eric and they leave as Irma leaves too.

At Excelsio, Carolina said she got Charly a new contract to make some money and assures him it’s legal which he agrees to let Irma go sing with Carolina saying they’ve to close the deal that night.

Vanessa continues to listen to the recording, she tells pite she feels the recording isn’t fake even though her dad said so and Pite tells her she knows what to do and she said she can’t do it,he tells her Eric and Jaime are outside to help her decide on the right thing to do.

She gets angry with Pite and tries leaving but Jaime stops her and tries convincing her to try and do the right thing and it’s now about her mom and justice. They manage to convince her.

Vanessa and Jaime goes to see Contrares, she hands over the gun and cellphone to him and tells him she found it in her dad’s house and wants to know the truth if her dad is involved in all these.

The man Carolina talked about comes to see Charly and Carolina at Excelsio studio, charly shows him Irma’s Photos and he asked if there’s someone else with experience. Charly invites him to the concert so he meets Irma in person which he agrees.

Jose apologizes to Irma saying he was drunk because he didn’t get the job and she asked him to forget about her because she is sick of all these. After she leaves he empties all the bottles of drinks but still drinks one bottle at the end and starts crying.

Pite hugs Vanessa and Jaime thanks her for doing the right thing, she decides to spend the night at Pite’s house, After they left Eric asked Jaime what’s next and she said the police will analyze what Vanessa gave them and Eric asked what if charly is guilty and Jaime answered he has to face the consequences then.

Charly arrives home looking for the gun but couldn’t find it,he calls Vanessa over an over but she doesn’t answer leaving her a voicemail.

At Pite’s house,Vanessa tells him her dad won’t stop calling her, he asked her to pick up but she said no and pite assures her to think of getting justice for her mom as he consoles her.

Charly arrives at Ligia’s house looking for Vanessa, Ligia said she might be with Pite and tried calling Eric to confirm but charly said she shouldn’t call that stupid bastard. Ligia asked why he talks like that and charly said it’s because Eric continues to defend the woman who came to destroy him and she should stop defending Eric.

Ligia tells him she’s worried Gema’s case will be reopened and charly looks scared asking where she heard that. He assures her the recording is fake and Ligia asked if he had a hand in Gema’s death but he said no that Contrares and Jaime are conspiring against him that he’s innocent.

She tells him to tell her anything because she’s his mom and charly asked if she is doubting him that she should trust him and Ligia asked him to stay with her that night.

Jaime tells Juancho Vanessa handed over the evidence but she’s worried about her because  she’s in the middle of all these. She continues by saying after all they did to bring charly down it’s his own daughter who gives him up in the end and Juancho said that’s how it is.

He tells her to concentrate and be focused for the concert as they spend time together kissing and making love.

Eric arrives home, upon seeing a sleeping charly asked what he was doing there and Ligia ask him to calm down because Charly is looking for Vanessa but she isn’t picking his calls and asked him to tell her to text her dad. After Eric goes to bed Ligia looks at a sleeping charly with doubts.

It’s morning, in bed together Juancho gets up kissing Jaime and they talk about how perfect the morning was and wishing to stay in that position the whole day but Jaime said they’ve to go prepare for the upcoming concert as Juancho looks at her adorably.

Pite brings Vanessa breakfast and tries to cheer her up as she said if her dad really has a hand in her mom’s death she can never bring herself to forgiving him.

A sleeping charly continues to dream about all the bad things he has done since childhood he wakes up frightened as Ligia tries to calm him down telling him to make use of the opportunity to have a talk with Eric since they all under one roof as charly looks frightened.