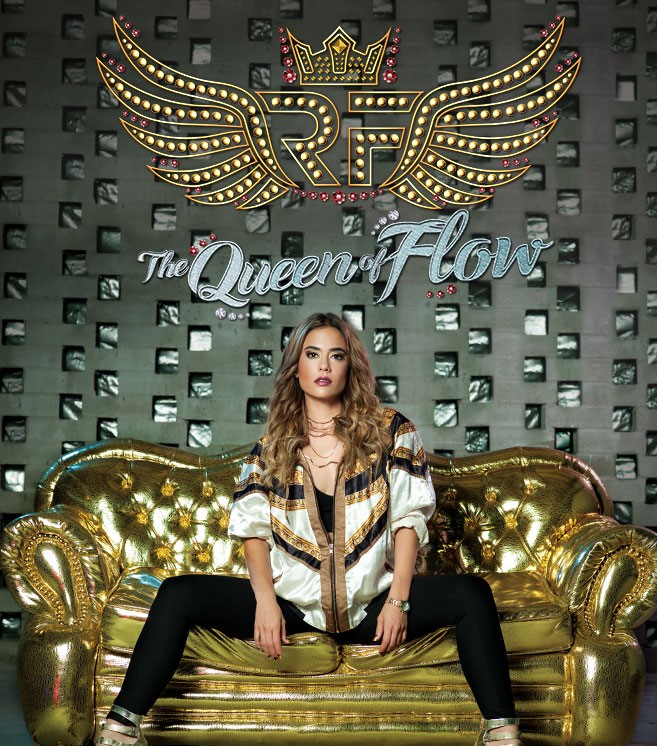 We start tonight’s episode at Ligia’s house, with Charly coming to talk to Eric; he tells Eric to give him the benefit of the doubt because this thing with Jaime has two sides and Eric asked if he means Jaime is lieing?, he said he would’ve been happy to see him grow up should he had known he was his son and Eric said he would have like that too.

They talked through their differences and Eric asked him to stop all this hatred for Jaime, charly get furious saying she’s the one obsessed with him and Eric asked when he will stop. He said if he’s on Jaime’s side they won’t get along and Ligia looks on disappointed.

Juancho prepares Jaime breakfast and they continue to make out while she worries about Vanessa. She has a flashback of Charly’s past robbery and said if only she had turn him in then all this wouldn’t have happened.

Ligia continues to cry as she goes through a family album. Eric ask her if she’s ready but she said she isn’t in a mood to go for a concert and he said he had the computer set up so she can watch it live online from home.

She said she feels Charly is stucked at a dead end with no way out and she doesn’t know how to help him but Eric assures her she isn’t to be blamed.

At surround, Juancho talks to his staff about the concert as Jaime looks at him adorably. They kiss and leave for the concert.

Charly arrives at the venue as his fans take photos with him, Vanessa spots him and tries avoiding him but he spots her too and asked where she has been since, if she is okay but Vanessa goes to Pite as she avoids him saying they will talk later and charly can’t believe her demeanor.

Charly interrupts Irma’s interview saying he has to borrow her as he introduces her to Fabian the client. He starts flirting with Irma but with Irma’s uncomfortable actions charly tells Fabian she’s just nervous.

Inside their changing room, Irma asked charly what that was about and he said that’s a guy with lots of money who is interested in her for a private concert and Irma tells him it’s obvious that’s not what the guy wants from her and charly said she’s just been paranoid.

He ask her to wear some bra and panties as her performance attire which she refuses he said if she doesn’t like it then he’ll sue her for breach of contract and Irma looking terrified agrees to wear it.

Backstage of the concert, Juancho’s dj friend making an introduction. He interviews Axl asking him what happened at Excelsio and he said things didn’t go well there but at Surround they gave him an opportunity thanking the Queen of Flow Jaime Montoya and Juancho.

Juancho and Jaime are interviewed too, Charly watches Axl, Jaime and Juancho and just can’t believe his eyes. After the interview, Axl passed by him as Charley follows behind outside and Jaime sees them too.

Outside the venue, Charly tries to talk to Axl asking what’s up with him and Axl said he should go deal with his problems. Charly says he’s like a cat that lands on both feet and started attacking Axl for siding with the enemy and he said it’s because he stole his song and what was he expecting him to do after that. He still being his henchman for the rest of his life and charly said of course because that’s all he’s good for and Axl leaves saying he doesn’t want to listen to his nonsense.

Charly switches fast to his good self, catches up with him and tells him to comeback to Excelsio, that they will produce him and he’ll be treated like the way he always deserves. He apologizes to him but Axl said he prefers been a cheap trap artist than work with a jerk like him and charly getting all serious tells him that his only good song is the one with him so tough luck.

Axl said he knows certain things about him too as they begin to fight and Jaime watches from afar as Charly pulls him back asking what he means by that. Axl reminds him of lieing to the police, he sees Jaime staring and shoves Axl against the wall telling him to shut up if he valued his life.

Jaime comes to his rescue and pushes charly off telling him to leave Axl alone and charly leaves looking at them both. Axl tells Jaime he has made up his mind and will testify against Charly as she calms him down.

Eric is next to perform as Ligia watches happily from home. The crowd loves Eric, charly as well as Jaime and Juancho looks at him adorably. Jaime says he’s so talented and Juancho reminds her he got it all from her, as fans watch from all over the world.

Jose also listens on radio as Irma is introduced, she comes on stage as her fans watch her all over the world with Charley watching too as she performs. Jose listens proudly and full of regrets he packs all the bottles of drinks and discarded them all.

Juancho enjoys himself as Charly approaches him congratulating him for achieving his greatest dream of being with that unbelievably crazy Jaime as he tries to piss juancho off. Juancho tells him it will end badly for him and he threatens him as juancho laughs at him.

After her show, Eric confronts Irma about her dressing which she tells him Charly threatened to sue her and she didn’t have a choice. Eric said she should’ve said no and he isn’t happy she going out half naked,he gets angry with Charlythat someone will have to put Charley in his place.

Eric is introduced for his second performance, he spots Charley taking photo in the audience and invites him on stage as charly agrees to it.

Juancho and Jaime watches as Eric challenges him to a freestyle, Ligia watches happily. The challenge begins as Juancho, Jaime and Axl watches. Vanessa and Pite arrive in the crowd too with Vanessa saying they should leave because she can’t watch her dad make a fool of himself which is true he couldn’t challenge Eric at all he sang absolute nonsense since he is only good at stealing people’s song.

At the station, Contrares partner brings him the experts report confirming it was Gema and Charly’s real voices and also that of the ballistic report confirming all the prints on the gun belongs to charly and it’s the same gun that shot and killed Marlene with Contrares saying they need a warrant immediately that they can’t give Charly an opportunity to run as he makes some calls to the prosecutor.

Ligia continues to watch as Jose visits too, they watch together as Eric invites Irma onstage and they kiss whilst singing together and charly watches too, so does Juancho and Jaime and the rest of their fans.

Ligia takes a picture of them.

Charly cant believe his eyes as Jaime is so proud of her baby boy. Charly wished he was the one receiving all that cheers  and attention.

The couple seal their performance with a kiss and everyone looks happy. Charly watches as Eric invites his mom Jaime onstage, Ligia also watches jealously.

They sing beautifully as charly watched jealously wishing he was there with them onstage. The song is so nice and an incredible bond between mother and son. Our charly is enraged as Ligia watches happily at them.

Irma, Axl, juancho, Eric and Jaime take a final bow as the concert comes to end thanking everyone for their support as it’s announced over 2 million people watched all over the world.

Carolina calls Charly, she tells him there’s a warrant out for his arrest and the best thing is for him to go to the station but charly said he won’t turn himself in that if not for listening to Carolina he would’ve fled the country by now, He said he won’t go to prison and will rather die and Carolina ask him to calm down as he blames her for his entire mess. He goes for a weapon.

Axl, Juancho, Jaime, Eric and Irma looks all happy after the concert with Juancho saying Jaime killed it, Eric jokingly said his mom being so good almost stole all his fans as he hugs her and Irma.

Charly spies on them as they all leave Jaime alone to undress and pack up, he goes to kidnap Jaime holding a weapon to her throat and that’s where we ended tonight’s episode.