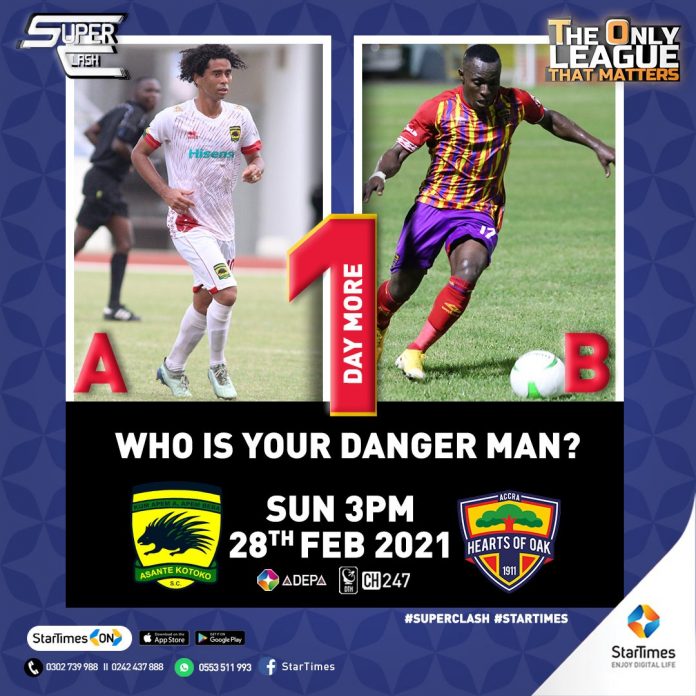 Asante Kotoko and Hearts of Oak will reignite a fierce and long-standing rivalry when they meet on Sunday at the Accra Sports Stadium in a Ghana Premier League encounter which will have no fans at the stadium.

But official broadcaster of the Ghana Premier League, StarTimes, has announced its big plans to treat viewers to a sparkling coverage of the much-awaited fixture on Sunday 28th February.

With the match set to kick-off at 3pm, StarTimes will have an extended match build-up programming on its Adepa Channel #247 two hours before kick-off, at 1pm.

The programming will engage ex-players of both clubs, former administrators and fans as well as in-depth analysis from our studio pundits and coaches. 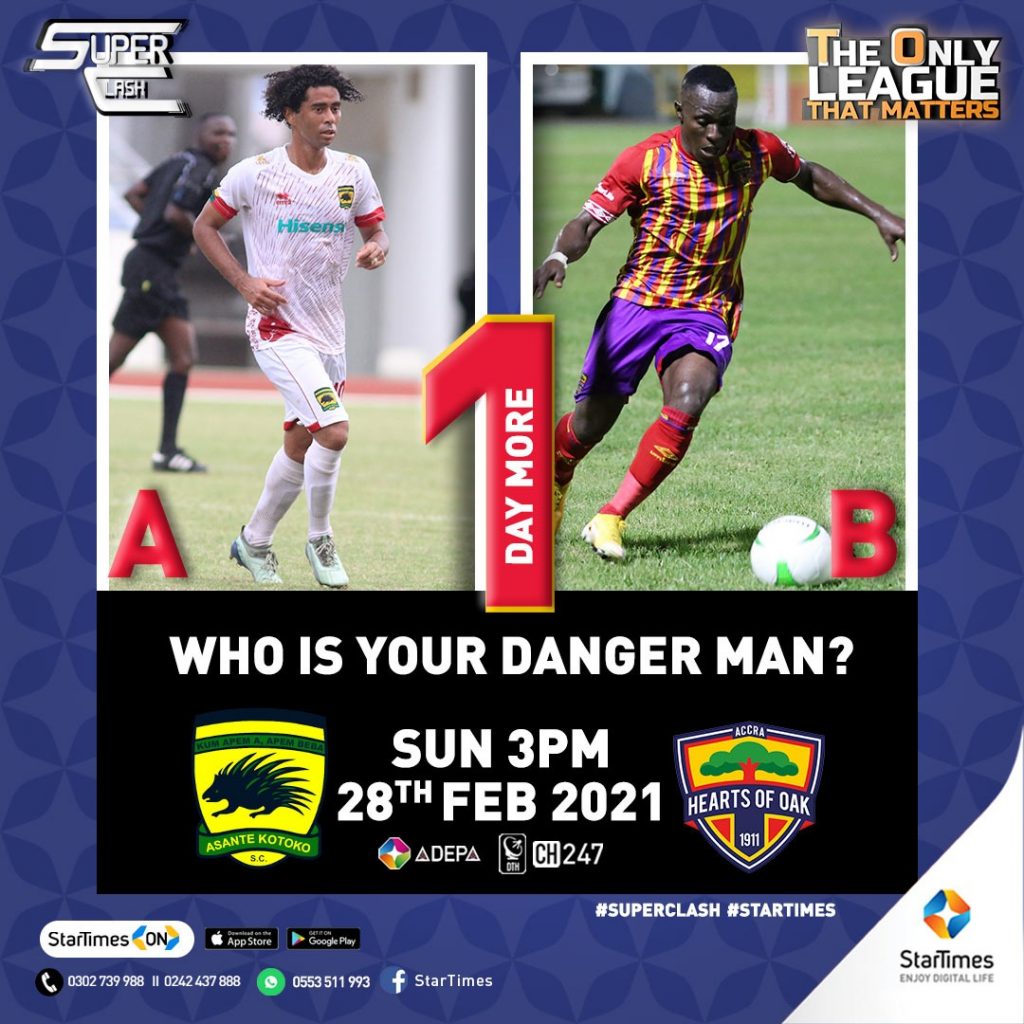 StarTimes will provide the biggest and most advanced television production by far with 12 cameras and drone shots. This will ensure a top-quality viewing experience in High Definition for fans around the world on the Adepa channel 247.

StarTimes is the only broadcaster in West Africa that has the Augmented Reality software which will be employed for the coverage to properly analyze every kick of the ball.

“It’s unfortunate fans will not be allowed into the stadium for this game but StarTimes is here to ensure they get closer to the game as though they were actually in the stadium. We have put in place the needed logistics and plans to ensure fans don’t miss any flick, kick or dribble as well as the off-pitch happenings prior to kick-off,”

“I entreat all lovers of the beautiful game to be part of history as they get the StarTimes decoder to enjoy the live game between the two biggest clubs in Ghana from the comfort of their homes.”  intimates the Head of Marketing for StarTimes Ghana, Mrs Akofa Banson.