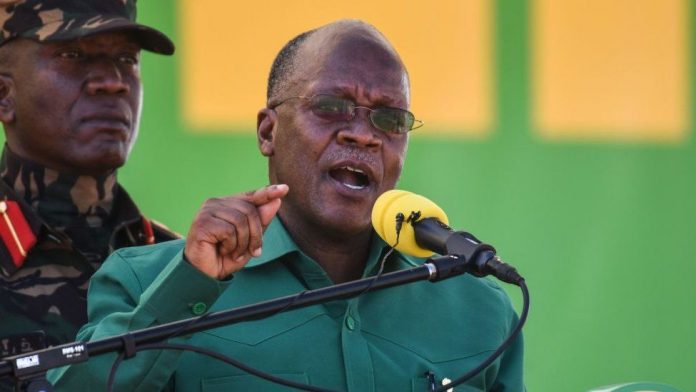 The President of Tanzania John Magufuli has died at age 61, the country’s vice-president has announced.

According to an address on state television by Samia Suluhu Hassan, he died on Wednesday from heart complications at a hospital in Dar es Salaam.

Mr Magufuli had not been seen in public for more than two weeks, and rumours had been circulating about his health.

Opposition politicians said last week that he had contracted Covid-19, but this has not been confirmed.

Mr Magufuli was one of Africa’s most prominent coronavirus sceptics, and called for prayers and herbal-infused steam therapy to counter the virus.

“It is with deep regret that I inform you that today… we lost our brave leader, the president of the Republic of Tanzania, John Pombe Magufuli,” Vice-President Hassan said in the announcement.

She said there would be 14 days of national mourning and flags would fly at half mast.

According to Tanzania’s constitution, Ms Hassan will be sworn in as the new president within 24 hours and should serve the remainder of Mr Magufuli’s five-year term which he began last year.

Mr Magufuli was last seen in public on 27 February, but Prime Minister Kassim Majaliwa insisted last week that the president was “healthy and working hard”.

He blamed the rumours of the president’s ill-health on “hateful” Tanzanians living abroad.

But opposition leader Tundu Lissu told the BBC that his sources had told him Mr Magufuli was being treated in hospital for coronavirus in Kenya.

When Covid-19 arrived in Tanzania, Mr Magufuli called on people to go to churches and mosques to pray. “Coronavirus, which is a devil, cannot survive in the body of Christ… It will burn instantly,” he said.

He declared Tanzania “Covid-19 free” last June, saying the virus had been eradicated by three days of national prayer.

He also mocked the efficacy of masks, expressed doubts about testing, and teased neighbouring countries which imposed health measures to curb the virus.

“Countries in Africa will be coming here to buy food in the years to come… they will be suffering because of shutting down their economy,” he said, according to the Associated Press.

Tanzania has not published details of its coronavirus cases since May, and the government has refused to purchase vaccines.

On Monday, police said they had arrested four people on suspicion of spreading rumours on social media that the president was ill.

“To spread rumours that he’s sick smacks of hate,” Mr Majaliwa said at the time.