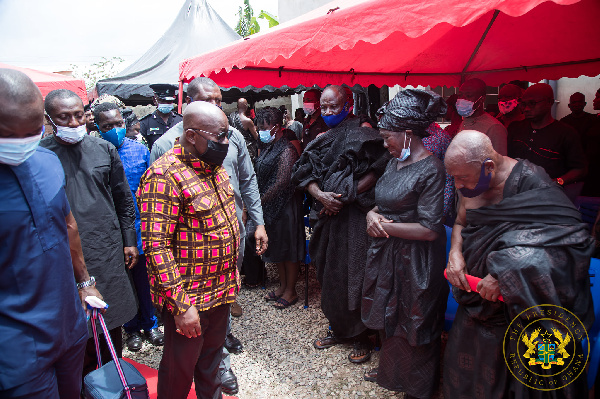 James Oppong-Boanuh, the Inspector General of Police (IGP) has been instructed by President Nana Addo Dankwa Akufo-Addo to as a matter of urgency apprehend the killers of the late MP for Mfantseman.

The murder of the MP occurred on Friday, October 9 by unknown assailants while returning from a campaign trip in the company of his aides.

According to the President Akufo-Addo, the unfortunate demise of the MP is a big blow to him, the incumbent NPP as well as the people of Mfantseman and Ghana in general.

“…this is why I have made it known to the IGP that if nothing is done about this particular matter, what will happen will happen,” President Akufo-Addo declared when he visited the bereaved family at their Mankessim residence in the Central Region.

President Akufo-Addo noted that the demise of Ekow Quansah Hayford is a test case for the IGP, and promised to take over the MP’s responsibilities by catering for the widow and children he left behind.

Akufo-Addo observed: “When you enter Parliament as a Member of Parliament, usually the first terms are used to study activities of the House. So, the second terms are the ones for doing the real work. So, I knew that in the 2020 elections, Ekow Quansah Hayford was going to win the seat, and he was one of the MPs I would have relied upon to help me in government but God knows best.”

He added, “I also came here to render my support to the family […], his children, and the family will be taken care of as far as I am alive and a well-deserving funeral will be done for him. Due to his hard work I had to stop whatever I was doing to visit the family to console you. I promise I will be present during his funeral as well”.

The IGP has, meanwhile, placed a GH¢20,000 bounty on the heads of the killers of the late MP. 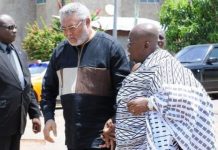 President Akufo-Addo: Tension between Rawlings and I ceased in 2012 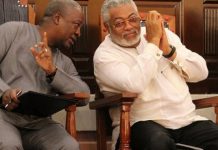 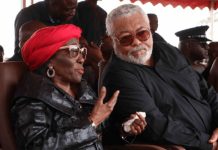 Nana Konadu eulogizes ‘darling’ Rawlings: You made the fight for women rights a ‘reality’