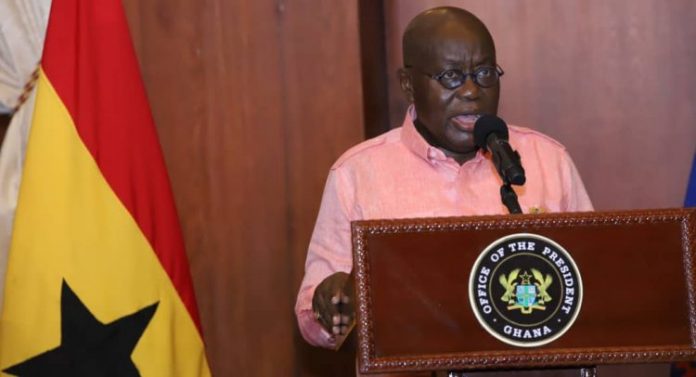 President Nana Addo Dankwa Akufo-Addo has said he is humbled to be re-elected to serve the people of Ghana for another four-year term.

According to President Akufo-Addo, though the mandate imposed on him had “some very serious and grave responsibilities”, with God’s guidance, and the tenacity of purpose, he would work to meet the expectations of the Ghanaian people.

“I will continue to discharge my functions to the very best of my abilities and I hope in so doing, I will fulfill the expectations of the Ghanaian people,” President Akufo-Addo assured when he met the Council of State at the Jubilee House, Accra.

Led by its Chairperson, Nana Otuo Siriboe II, the Council- the seventh in the Fourth Republic-, was at the presidency to congratulate President Akufo-Addo on his re-election, and to present the third and final report of the body to the him, before the expiration of the Council’s tenure on January 6, 2021.

President Akufo-Addo thanked the Council for the cooperation he had received from it, saying, “there is never been a moment that when I sought the advice, the views, the import of the Council of State, that I found any hesitation on your part or inability to assist.”

He commended the Council’s work over the last four years, which, he noted, had improved the quality of governance in the country.

“I congratulate you not only on the quality of work that the council has exhibited in these four years but also to the fidelity with which you have carried out your duty and your oath as members of the council of state.

“I am extremely lucky and I can say with full confidence that I have been very lucky in the way in which this Council of State had interacted with me and the Presidency. I am therefore extremely grateful for the cooperation that the council has given,” he said.

The President who welcomed the Council’s third report, assured that he would read the document assiduously and leverage its suggestions and advice to improve the governance of the country.

“I believe that is your principal role, to suggest to the various arms of government and institutions of the country measures, policies and programmes that can improve the quality of governance of the country and as far as I am concerned, you have fulfilled your functions admirably.

“I will like to put on record that that the work of this council has been excellent and the people have had their full money’s worth your presence in the structure and the institutional make up of our state and the in the way you have approached your work,” he noted.