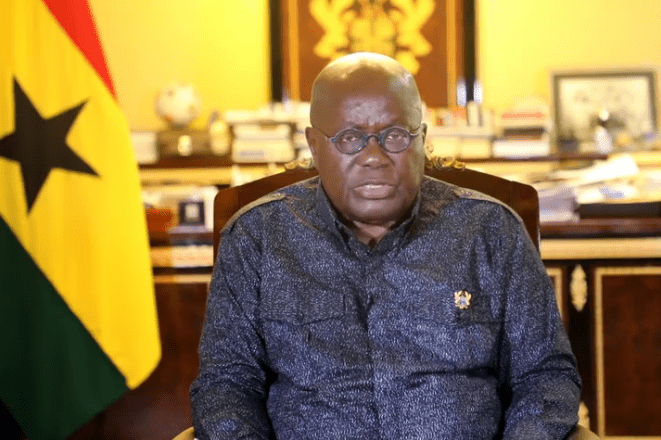 President Nana Addo Dankwa Akufo-Addo has said that Ghana’s hospitals are full, owing to the increasing number of coronavirus infections in the country.

According to President Akufo-Addo, isolation centres have been re-activated to support the hospitals in admitting patients.

President Akufo-Addo, delivering his 23 update on the measures to deal with the virus on Sunday, January 31, said “As of Friday, 29th January, sixty-four (64) more people have sadly died over the last two weeks, bringing the total number of confirmed deaths to four hundred and sixteen (416).

“Our hospitalization rates are increasing, with the number of critically and severally ill persons now at one hundred and seventy-two (172).

“Our hospitals have become full and we have had to re4activate our isolation centres. Our average daily rates of infection now stand at seven hundred (700), compared to two hundred (200) two weeks ago.”

Mr Akufo-Addo further revealed that coronavirus vaccines will arrive in Ghana by March this year.

He revealed this in s 23rd update on the virus on Sunday January 31.

“…By the end of June 17, 6000 vaccine does would have been procured. The earliest vaccine will be in the country by March.”