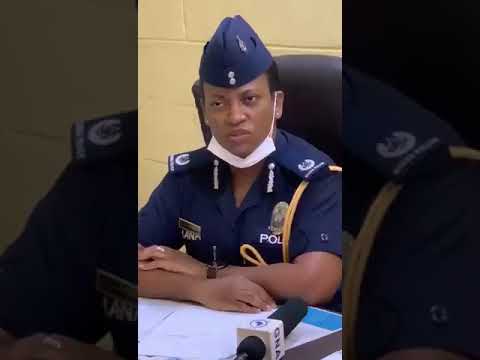 Some residents, ever since president Nana Akuffo-Addo announced restrictions of movement in certain places in the Greater Accra and Greater Kumasi regions, have either flatly disobeyed the directive or tried to out-smart the security teams who are enforcing the law. One common excuse offenders give to police is that they are among those exempted or seeking some essential services.

Some sections of Ghanaians have criticized the law enforcers for manhandling these recalcitrant individuals rather than following what the laws of the country has prescribed in the statutes.

These recalcitrant individuals, in most of the videos circulating on social media platforms, are subjected to instant punishment but the general public has expressed disapproval.

The Ghana Police Service, in response, has warned that there is an aspect of the law which allows them to prosecute anyone who is caught going against the law.

ACP Lydia Donkor, Director, Legal and Prosecution of the Ghana Police Service, In a video , was  heard advising the general public to adhere to the president’s directive by staying home in order to avoid the sanctions the law provides.

According to her, anybody found guilty will either be serving a jail term of up to ten years or be paying a fine or both.

ACP Lydia Donkor explained that “if you are found guilty, you are likely to pay a fine ranging from GHC12,000 to GHC60,000 or to a term of imprisonment from four to ten years or both”.

She noted that the police will be enforcing the law therefore, everyone should “stay home, stop the spread and stay safe”.

Both the Ghana Police Service and the military have been deployed to ensure that Ghanaians adhere to the president’s directive which compels Ghanaians to stay at home in order not to spread COVID-19.