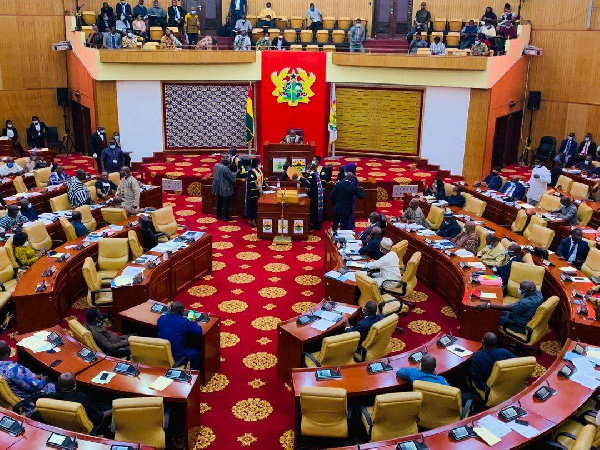 The Parliament of Ghana has said Attendance to President-elect, Nana Akufo-Addo’s inauguration ceremony on January 7, 2020, will be strictly by invitation.

According to Kate Addo, the Director of Public Affairs in Parliament, in a press release, unlike the 2016 swearing-in ceremony which was held at the Independence Square, this year’s ceremony will be held in Parliament where access will be granted to invited guests only.

“The media and the general public are to note that attendance of these events are strictly by invitation. All COVID-19 safety and prevention protocols will be strictly adhered to.”

President-elect, Nana Addo Dankwa Akufo-Addo will stand before the 8th Parliament where he will take the Oath of Office marking the transition of power from and to himself.

He, prior to the development, is expected to deliver the final State of the Nation Address on Tuesday, January 5, at 10am before the current 7th Parliament of the 4th Republic of Ghana which will be dissolved at midnight of January 6, 2021.

Mr. Osei Kyei-Mensah-Bonsu, the Majority Leader, had earlier hinted of the resolve of Parliament to discontinue the practice of swearing-in elected presidents at the Independence Square.

The change in venue is in response to a request made to the President by the leadership of Parliament in November 2020 that all subsequent swearing-in of Presidents into office be done in Parliament, in accordance with Article 57(3) of the 1992 Constitution.