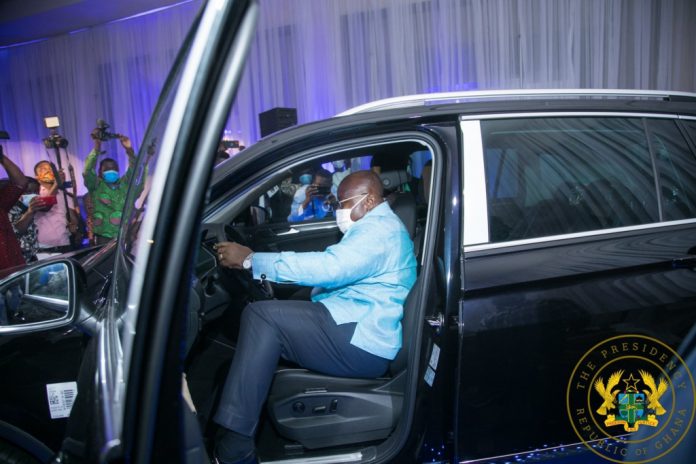 This follows the unveiling of the first locally assembled Volkswagen car on Monday, August 3 after the company marked the first phase of its operations in Ghana.

According to Jeffery Oppong Peprah, comprehensive elements of the policy such as vehicle financing of locally assembled cars will offer a package of incentives towards enhancing the country’s automotive manufacturing industry.

Speaking in an interview, Mr Jeffery Oppong Peprah said; “With a population of about 30 million people, Ghana has the potential for a maximum annual market of 300,000 new cars once the Ghana Automotive Development Policy has been fully implemented and elements such a vehicle financing are in place.”

Oppong Peprah added that through the policy, cars assembled in Ghana will come at a very low cost since they are over 10 percent lower in terms of cost than imported ones.

According to him, this will afford the Ghanaian middle-class an opportunity to own brand-new vehicles at cost-effective prices.

Meanwhile, Parliament on Wednesday, August 5 passed a Customs Amendment Bill to ban the importation of old vehicles into the country.

The new bill, if assented by the President, will place a ban on the importation of ‘accident cars’ to Ghana.

The amendment comes as part of government’s agenda towards the implementation of the Ghana Automotive Manufacturing Programme, which has so far attracted several global car assembly plants to set up in Ghana.

The law seeks to provide incentives for automotive manufacturers and assemblers, registered under the Ghana Manufacturing Development Programme.

A clause in the amendment, however, empowers the Minister of Finance to specify the date on which the ban will come into force.

The controversial bill has left car dealers and importers in the country lamenting at the loss of their livelihood once the ban takes effect.