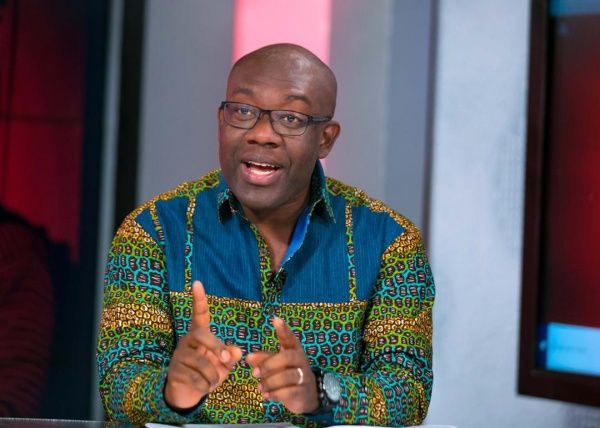 Kojo Oppong Nkrumah, the Minister for Information and Member of Parliament (MP) for Ofoase-Ayerebi constituency, has asked the National Democratic Congress (NDC) to provide alternative policies than to unnecessarily criticize the infrastructure policies of the NPP government.

According to Mr. Oppong Nkrumah, the NDC is looking at the government’s infrastructure with myopic eyes.

“The NDC I believe has decided to myopically look at our infrastructure and development agenda and deceive Ghanaians with their usual lies and propaganda because they don’t have any alternative policies for Ghanaians though they are seeking another term.”

“It will serve much purpose than to criticize unjustifiably,” Mr. Oppong Nkrumah said.

26 projects captured on the government’s delivery tracker website has been described by the opposition National Democratic Congress (NDC) as nonexistent.

During a press briefing on Monday, the Party’s National Communications Officer, Sammy Gyamfi said that the achievements presented by Vice President Dr. Mahamudu Bawumia on Tuesday, August 18, was “a cocktail of blatant falsehoods, ghost projects, and stolen projects”.

This, he said was a deliberate attempt by Dr. Bawumia together with President Nana Akufo-Addo, to distort the facts.

Speaking on an Accra-based FM station, he explained that as a responsible government, they have so far within their less than 4 years in office provided the infrastructure that will improve the living conditions of Ghanaians.

“Nonetheless, we have also put in place effective policies that will transform the country into our next government,” he added.

” . . it will even interest you to note that Ghanaians are even challenging the 26 ghost projects the NDC is talking about because they are not providing the true picture of what is provided by the tracker . . . ” he said.