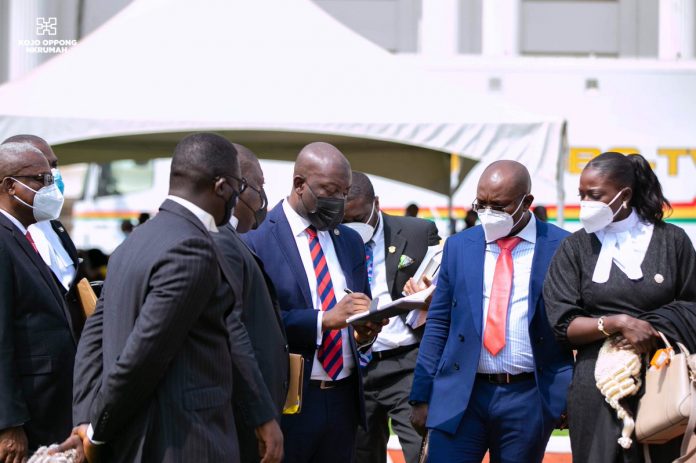 Kojo Oppong Nkrumah, the spokesperson for the legal team of the second respondent in the election petition, has said today’s hearing exposed inconsistent allegations made by the Petitioner, John Dramani Mahama and the witness, Johnson Asiedu Nketia.

Speaking to the media after the hearing, Mr. Oppong Nkrumah noted that John Dramani Mahama and Johnson Asiedu Nketia sought to discredit the “good job” of Jean Mensa with bad faith and prejudice statements and utterances.

Mr. Oppong Nkrumah cited the claims as the reason lead counsel for the 2nd respondent, Akoto Ampaw, took a while in the cross-examination.

“You’d notice that counsel on our side spent a lot of time exposing the inconsistencies and sometimes, even outright falsehoods that have been put out by the Petitioner and the witness who was in the witness box today,” he said.