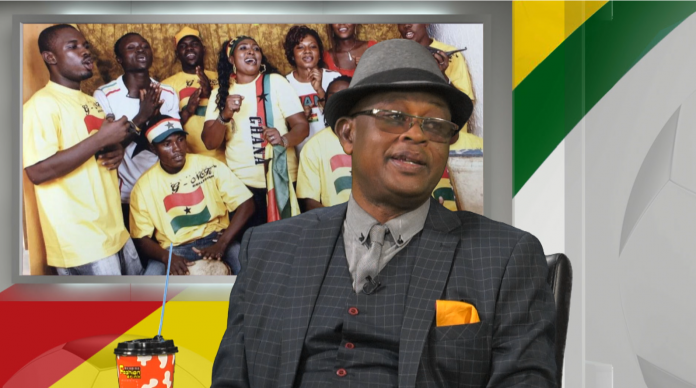 Speaking exclusively on Max TV’s Black Stars Classics- World Cup edition, One Man Supporter said he and a group of football supporters, tried to slow down the influence and popularity of the gospel singer before the 2006 World Cup finals in Germany.

Narrating the story, the President of the united Ghana Supporters Club recalled that in 2006, Miss Ashly composed a cheer song for the Black Stars and was brought on board to join the official supporters group, however she ended up in alignment with a completely new supporters group formed by lawyer Sarfo Abebrese.

“When Grace first came on board with us, she then joined up with a different supporter group and did a song for them. We never liked the idea so we also got other gospel musicians to do counter songs, we tried all means to sabotage her at the time but right now all I can say is we are sorry”.

One man supporter said it was a complex scenario but added that there was some influence from former GFA General Secretary Kofi Nsiah.

“All this was down to the works of Kofi Nsiah, I blame him because he caused all this division for reasons best known to himself”.

Abraham Boakye is regarded as one of the most passionate supporters of the Black Stars and other national football teams and his stark confession comes at a time that football in Ghana is bracing up for a revival after Covid-19 restrictions and health protocols are lifted.