The list of deputy ministerial nominees has been released by President Nana Addo Dankwa Akufo-Addo for his second term.

On Wednesday, April 21, a statement issued by the Presidency indicated that thirty-nine deputy ministers will serve in twenty-four positions.

According to the statement, the Finance Ministry will have two deputies while Energy, Trade and Industries and Local Government ministries will have three each.

The former deputy Finance Minister, Charles Adu Boahen, has been nominated as the Minister of State at the Ministry of Finance.

Other ministries with double deputies include Lands and Natural Resources, Education, Food and Agriculture, Roads and Highways, Transport and Health

Missing from that list are Pius Hadzide and Bernard Okoe-Boye, who were deputy ministers for Information and Health respectively in the first term of the Akufo-Addo administration. 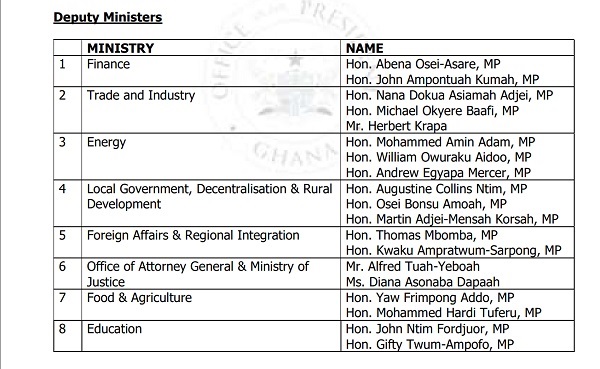 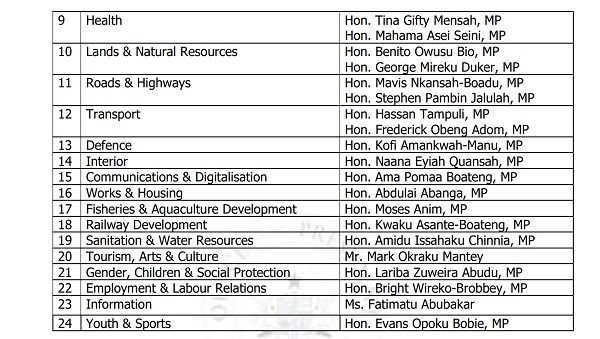