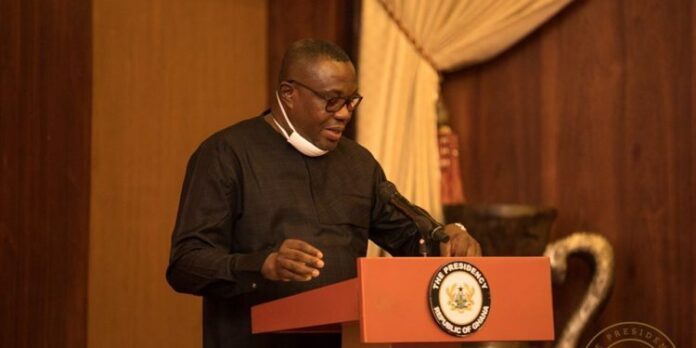 Samuel Ofosu Ampofo, the National chairman of the NDC, has appealed to President Akufo-Addo to pardon radio stations that have been shut down as part of measures in expanding messaging in the wake of the COVID-19 pandemic.

During a meeting with political party leaders Friday at the Jubilee House, the National chairman of the NDC said “In our effort to ensure that we reach out to the majority of our countrymen and women, I am appealing to His Excellency [Nana Addo Dankwa Akufo-Addo] to grant amnesty and get those radio stations that have been closed down to use their frequencies to reach out to the people and to reach out to them in various languages so that we will be able to reach out to every nook and cranny of this country”.

In May 2019, two radio stations affiliated to the opposition National Democratic Congress – Radio Gold and Radio XYZ – were taken off the air.

It comes after officials of the National Communications Authority and some police personnel stormed the premises of Radio XYZ that Thursday afternoon.

Some workers of Radio XYZ confirmed that the police team led by the NCA official came to their office.

The development came in the wake of the invitation of the National Democratic Congress chairman Samuel Ofosu Ampofo over some recent crimes in the country.

Meanwhile, the NCA has in a statement said it shutt down stations who have defaulted in renewing their licenses

“Radio stations operating without valid authorizations as determined by the 2017 FM Broadcasting Audit are being shut down with immediate effect as an enforcement action in view of the decision of the Electronic Communications Tribunal.

“Following the FM Spectrum Audit in 2017, some stations were found to be in default and were fined by the Authority. However, some of the stations in default were not satisfied and proceeded to the various courts; Electronic Communications Tribunal (ECT) and the High Court to appeal against the NCA’s decision.

“This resulted in a decision by the ECT in 2018 which reviewed the status of expired FM Radio Broadcasting Authorisations and which ruled among others that Companies whose authorizations had expired reverted to the same position as a fresh applicant. While some stations shut down following this decision, others did not,” the statement said.