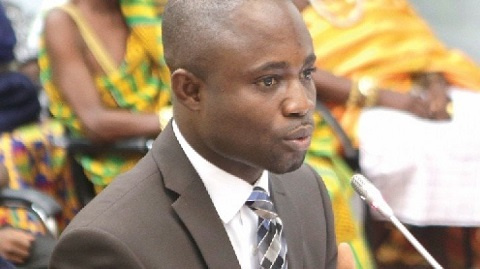 Kwabena Mintah Akandoh, the Ranking Member on Health Committee of Parliament, an NDC MP, believes timely action is the only medication and possible cure for the treatment of the novel coronavirus as it will help stop the spread of the virus to other uninfected communities.

The NDC MP accused President Akufo-Addo of engaging in lip-service instead of acting proactively by providing the needed support for the health workers and other frontline workers to contain the spread of the COVID-19.

Speaking on Okay FM, the NDC Juaboso lawmaker was emphatic that the confirmed cases of COVID-19 has reached this height simply because President Akufo-Addo did not have any actionable plan to provide Personal Protective Equipment (PPE) before he announced that 100 million dollars has been set aside to combat the pandemic.

“I have told you that the medication for this sickness is time; because no matter the measures you put in place if you don’t act on the measures on time, and you only engage in rhetoric, by the time action is taken, the situation would have blown out of hands and it will be better if those measures were not put in place at all…,” he chided.

He also blamed President Nana Akufo-Addo for some frontline health workers getting infected as reports indicate that some doctors and nurses at the Korle Bu Teaching Hospital, LEKMA Hospital, Tema Polyclinic and other health centres have contracted the virus due to lack of Personal Protective Equipment (PPE).

“ . . if you have a President who has engaged the nation not less than 4 times and whenever he addresses the nation he says they are putting measures in place to get enough PPEs and as soon as he is done talking, we receive reports from health professionals that they are without these PPEs at their various health centres, what do you expect to happen?” he chided.

“ . . what we need the most is PPEs because those frontline health workers must first protect themselves in order to protect us and so if they don’t have the confidence to protect us then that is dangerous. For now, what we are saying is that there should be provision of more PPEs for the health workers and again we should conduct mass tests,” he pointed out.

Touching on the measures announced by President Akufo-Addo in the wake of the partial lockdown to fight the spread of COVID-19, especially absorbing three months water bills of Ghanaians, which received plaudits from several quarters, the NDC MPs described it as the “cheapest” social intervention.

According to him, even though the free water supply forms part of many suggestions made by former President John Mahama and the Minority in Parliament, the current administration deliberately ignored other social interventions such as the free electricity supply and the talk tax.

“Every intervention even if it is Ghc1, it is important and it can bring relief to some people but you see all the suggestions that came, which former President Mahama made some of them as well as Parliament through the Minority . . . all the suggestions, it looks like the President adopted the cheapest of the many social interventions. He is picking and choosing those that he can easily implement,” he analyzed.

“We said that as people are locked down in the house, water bill will go high as many people will use water as we have been asked to wash our hands regularly, and again the consumption of electricity will be high and so it will be better for the government to for the next three months take care of these bills for Ghanaians.”

“ . . people in the house due to the lockdown will use a lot data as they use the internet and make phone calls sitting at home and since the government does not have 100 percent control over the data, the government should liaise with the telecommunication companies to reduce the numerous taxes in order for the companies to reduce the charges for the consumers. We made these suggestions available for the President and he decided to rather opt for the free water supply,” he stated.