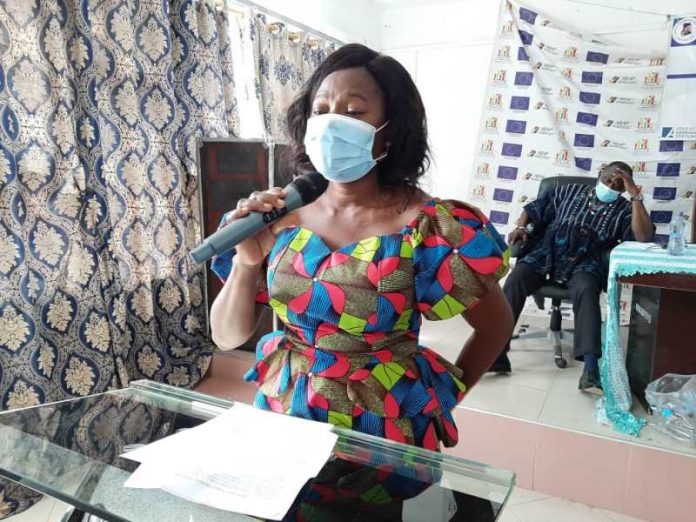 According to the Kassena-Nankana Municipal Directorate of the National Commission for Civic Education (NCCE) in the Upper East Region there is the need for political party activists to eschew violence before, during and after the 2020 elections.

The Kassena-Nankana Municipal Director of the NCCE, Madam Felicia Ajongbah, who made the call at a Parliamentary Candidates (PC) dialogue in Navrongo, noted that violence would destabilise the peace in the country.

Organized in collaboration with the Justice and Peace Commission of the Navrongo-Bolgatanga Catholic Diocese, the programme had the theme: “The role of Parliament, local authorities and participatory governance for community development.”

It was supported by the European Union and the Konrad Adenauer Stiffing, a German Non-Governmental Organisation.

Madam Felicia Ajongbah advised members of the public, especially the youth not to allow themselves to be used as vessels to perpetrate any form of violence, but concern themselves with the development of their communities.

The Director stressed on the Commission’s mandate to educate members of the on their civil rights and responsibilities and said one of the Commission’s main functions was to formulate, implement and oversee programmes intended to create awareness of citizens to their civic responsibilities and appreciation of their rights and obligations as free people.

Madam Ajongbah said the dialogue meeting would afford electorates the opportunity to interact with their PCs, saying “The Parliamentary Candidates dialogue is to set the stage for issue-based campaigns.”

She revealed that “The NCCE conducted a research on matters of concern to the Ghanaian voter. In 2020, the findings of the research will form the basis for civic and voter education.”

Madam Ajongbah said as part of the findings, there would be engagement of PCs and the electorate to provide the platform for candidates to listen to the electorate and indicate how their concerns would be addressed given the mandate to represent them in Parliament.

He said the Catholic Church had over the years collaborated with organisations to organize similar programmes to promote development and indicated that the church was interested in the peace and development of the country.

Dr Abagale said the purpose of the dialogue was not only to offer the PCs the opportunity to canvass for votes or inform the electorate, about why they were the preferred Candidates but an avenue to promote peace and togetherness.

The programme brought together PCs of the National Democratic Congress (NDC) and the Progressive People’s Party (PPP), while the New Patriotic Party’s (NPP) PC joined online to debate on three thematic areas including; the health, education and employment.