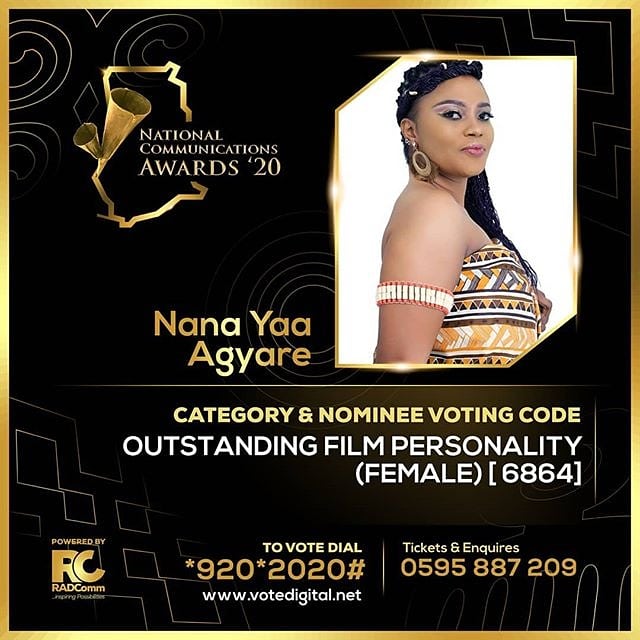 Also known as The Brand, she is a Ghanaian Actress singer and songwriter and presenter of lunchtime programme, Hot Ice on Max 89.7fm.

She is also the Programmes Manager of the same station. The Brand has featured in Ghanaian and Nigerian movies such as Ogbozo, Uncrushable, The Inner Woman, Make Me a Star, Ripples, Indian Money, The Pressure, to mention a few. She started her acting career on stage in 1994 and ventured into screen acting in 2013 with a debut TV series, Broadway.

Nana Yaa Agyare holds a Masters Degree in Journalism from the Graduate School of Research at the Ghana Institute of Journalism. She has taught Journalism and general broadcasting at the Rabodef Broadcasting Academy.

Actress Nana Yaa Agyare (The Brand) has been nominated for Outstanding Film Personality female at the 2020 National Communication Awards. 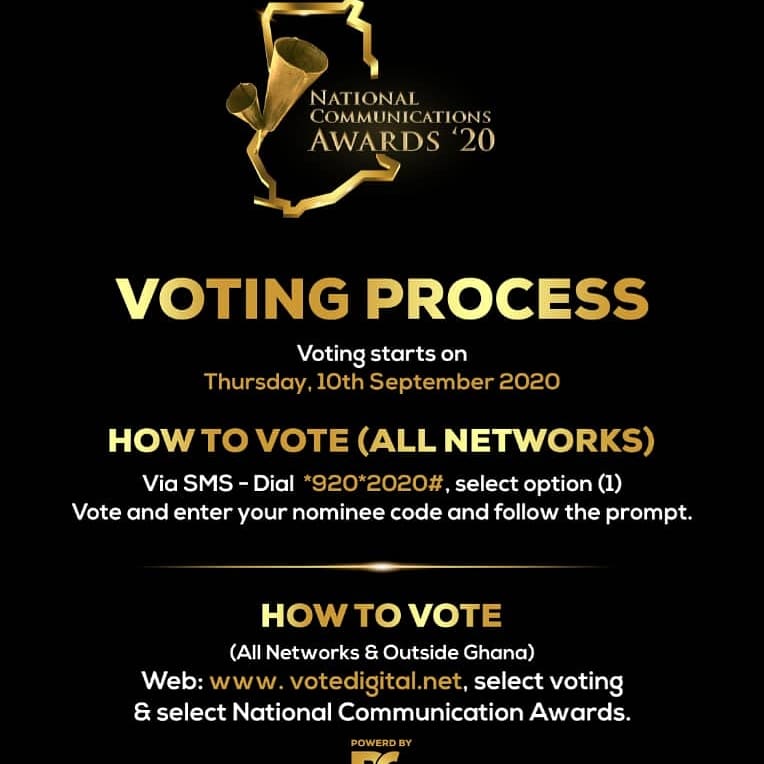 The National Communications Award which is slated for the 7th of November at the Africa Trade House, is a Development Communications oriented award by RAD Communications Limited to champion Communication and National development. The event will bring together players in the media fraternity as well as other stakeholders, to honour individuals who have contributed outstandingly in the field of communication.