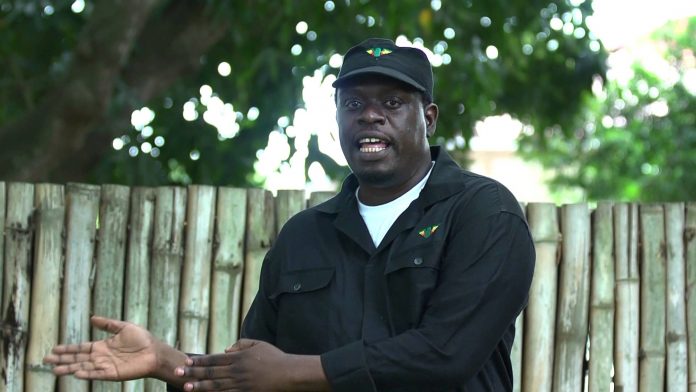 Ghanaian Reggae Musician, Nana Fynn, has said that the problems Ghana face have nothing to do with politicians but rather the citizens of the country.

Known in real life as Nana Fynn Acquah Harrison, he is said to be the chip of the old block or better still, a refined chap of the old block. He said “When you listen carefully to what is going on on  social media you will realize that we are beginning to love our political parties and our politicians more than Ghana.”

Speaking in an interview with Heavy D on the “Reggae Café”’ show on Max 89.7 FM , Nana Fynn said “The problem is not the political parties but us. They are just a reflection of who we are as a people. If we sit up they will also sit up, we are asleep.”

Nana Fynn further said “I want to find decent words to explain but sometimes calling a spade a big spoon gives me constipation.”

“It is difficult for me to sometimes understand why people can’t sacrifice for project Ghana but can sacrifice for their politicians,” he added.

known to be very dynamic when it comes to music genres by his numerous fans, Nana Fynn is set to release his current new EP on Wednesday 12th ,2020. The single is titled “People Power”. However, the full EP, which is made up of five (5) songs, will be released in September.

In 2000, Nana Fynn released his first album ‘Ankwansema’ a fante term meaning a lone ranger in town looking for a wife. The second album ‘Odo handkerchief’ was released in 2001. This was followed by ‘Dokodoko’ in 2003 I do was the hit song. He released Magic in 2005 with ‘Romeo’ as the hit song. In 2008 he released another album, Twe Wo Ho, which is enjoying a lot of airplay as well. He has won several Ghana Music Awards for his works.

Reggae Café is a 2hr 30 minute Saturday evening omnibus Reggae show on Max FM that takes listeners on a journey of Irie vibes, wafting through old school Roots and other popular sub-genres of vintage Reggae music, from Ragga through Dancehall to home-grown hits churned out by Ghanaian and African Reggae stars, old and new. Broadcast time of the show is 6:30pm.