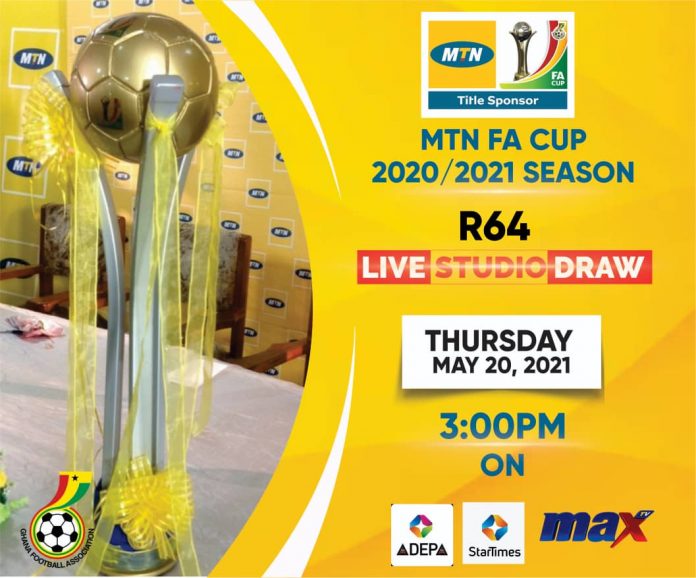 The 18 Ghana Premier League (GPL) clubs will know their opponents for the Round of 64 of the MTN FA Cup after the live draw which will be held on Thursday, May 18.

The draw which is set for the studio of Max TV, will see the 18 Ghana Premier League Clubs go into the hat with the 46 teams that made it from the preliminary round of the competition.

Twenty-six Division One League sides made it to this stage of the competition as well as Twenty third-tier clubs from across the country.

The Disciplinary Committee of the GFA is however expected to deliver a decision on the match between Techiman City and Unity FC which ended abruptly to determine the team that will compete in the Round of 64.

The 64 teams have been zoned into 8 regional groupings for Thursday’s draw which has Northern, Upper East and West regions being merged into one group.

The pairings promises to throw up some interesting regional and local derbies with current holders Asante Kotoko in the same group as the likes of Ashantigold, King Faisal, Asokwa Deportivo and BYFA. 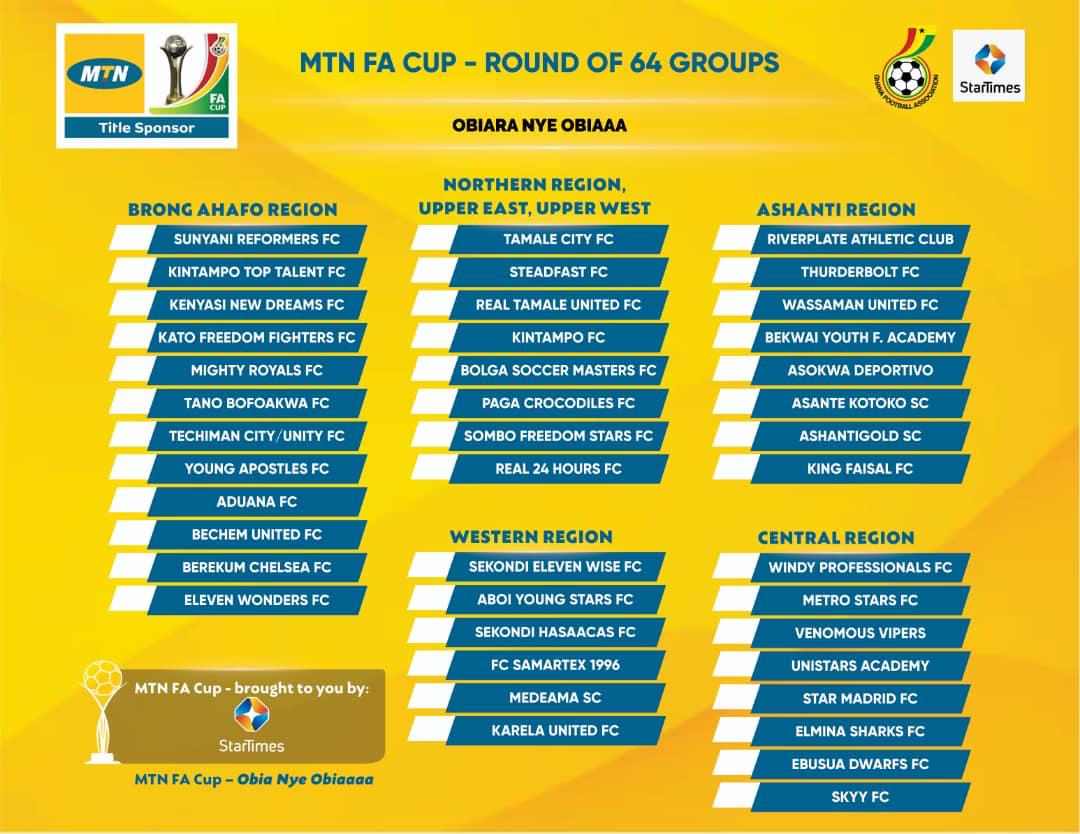 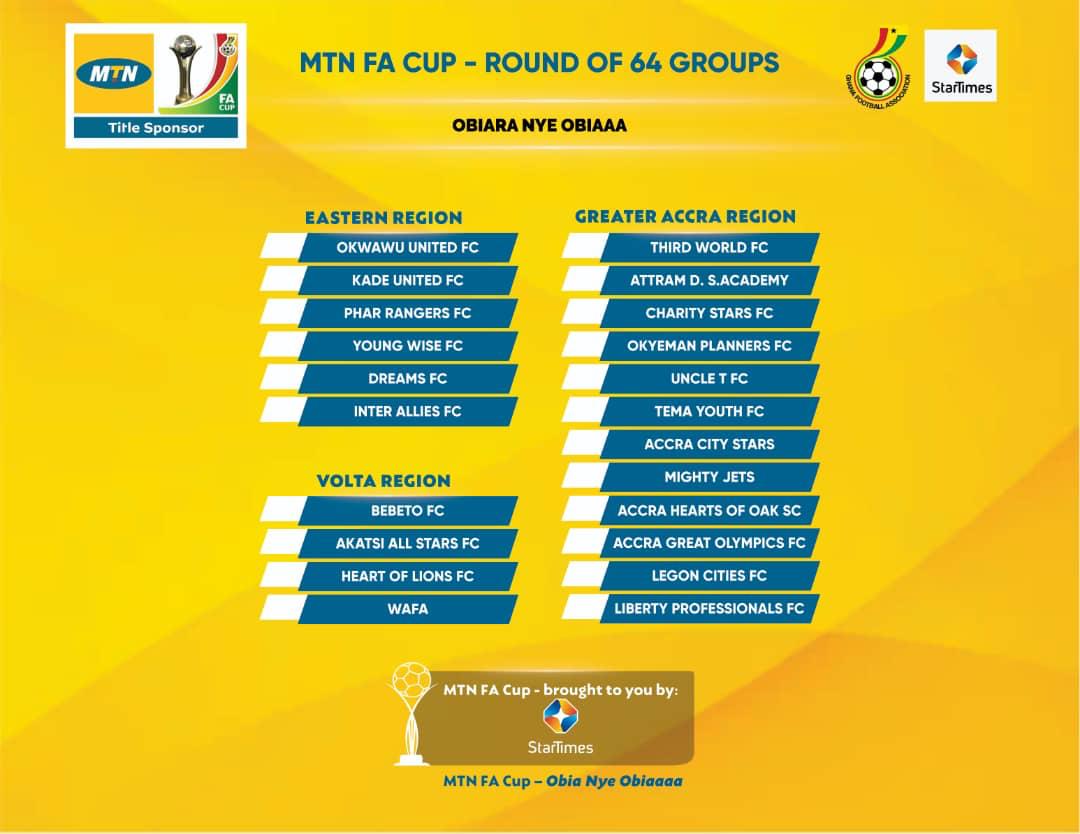