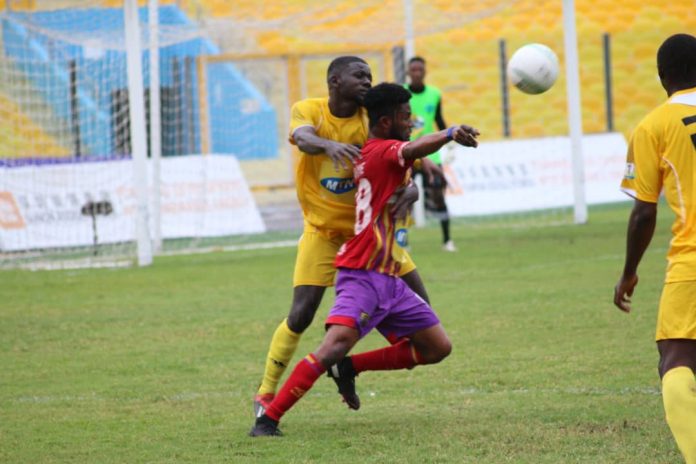 Hearts missed several chances in the first half which ended 0-0.

After the recess, Hearts shot into the lead through Barnieh whose shot from inside the box-aided by a deflection- flew past the Windy Professionals goalkeeper.

This was after Obeng Jnr had raided the left flank and whipped in a cross to the forward.

Four minutes later, Barnieh turned provided when he beat the offside trap to square the ball to an unmarked Emmanuel Nettey to direct into the net.

Against the run of play, Windy Professionals pulled one back with a scrappy goal after Frank Okine forced the ball over the line.

But there was a comedy of errors by two Hearts defenders- first Fatawu Mohammed and then Caleb Amankwah- who failed to clear their lines.

After 69 minutes, Benjamin Afutu headed in a Fatawu Mohammed cross from the right side to restore Hearts’ two-goal cushion.

Substitute Manaf Umar sublimely connected home a low cross from Fatawu Mohammed to make it 4-1 for Hearts of Oak in the 77 minutes.