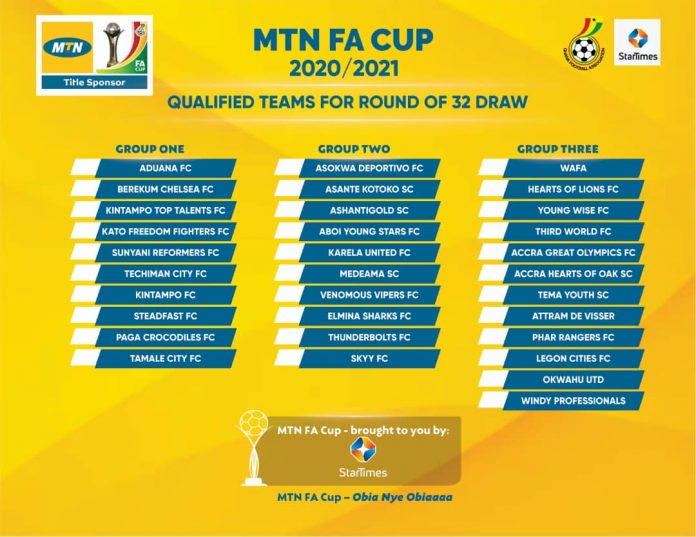 The draw for the MTN FA Cup Round of 32 will be staged at the MTN House(Headquarters), Ridge on Thursday, June 10.

Eleven Premier League clubs, Twelve Division One League Clubs and Nine lower tier sides will be in the hat for the draw which will begin at 11am.

The qualified teams have been zoned into three groups ahead of the Round of 32 draw on Thursday.

The zoning was done taking into consideration the locations of the teams in order to avoid long- distance trips for matches.

Attendance is strictly by invitation.

Below are the groups for Thursday’s draw: