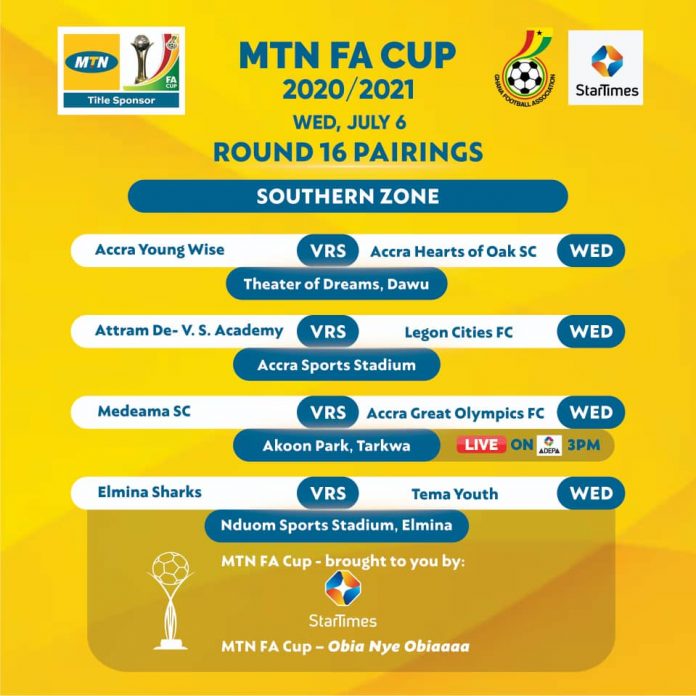 The Round of 16 matches of the MTN FA Cup Competition will be played from Tuesday June 6- Thursday June 8 at match venues across the country.

StarTimes will telecast that much anticipated clash between Kumasi Asante Kotoko and Asokwa Deportivo which comes off today July 6, 2021. 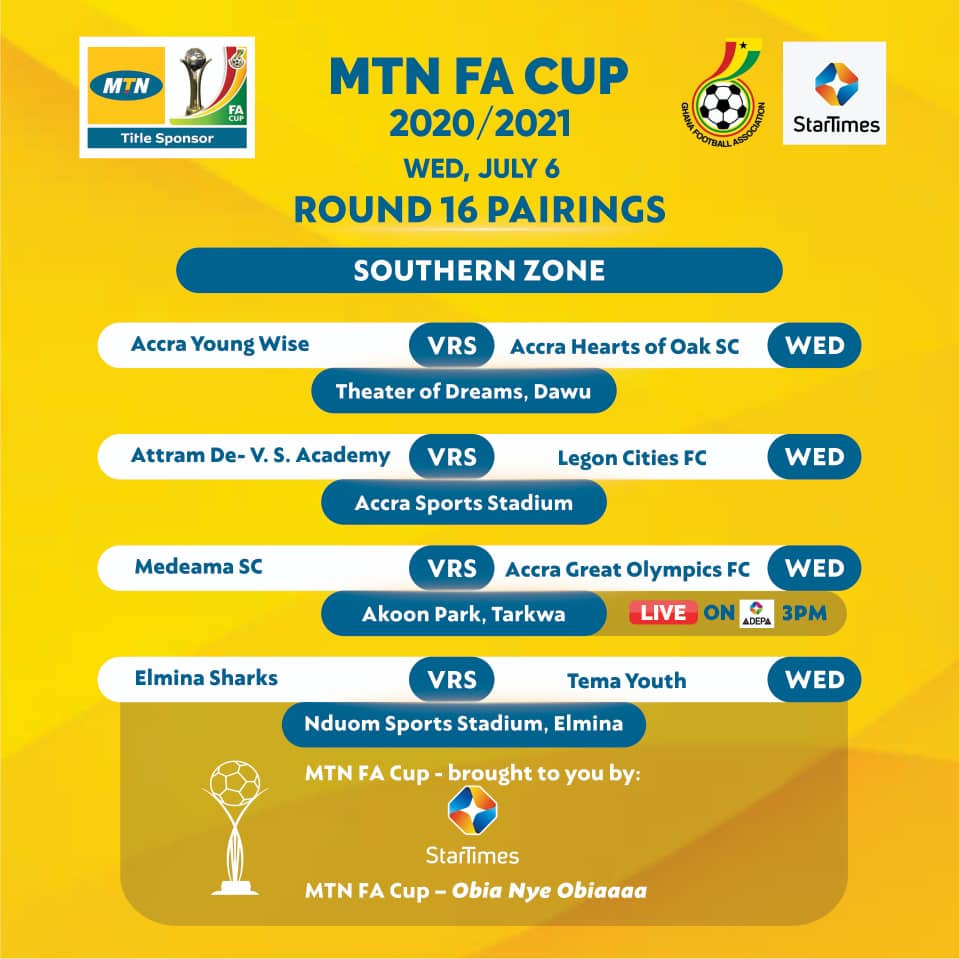 The Porcupine Warriors last won the cup competition in 2017 after a 4-1 demolishing of Accra Hearts of Oak at the Aliu Mahama stadium in Tamale.

Asante Kotoko have played in 13 finals and won the title 9 times.

Then they will follow up with the live game between Hearts of Oak and Young Wise on Wednesday July, 7, 2021. 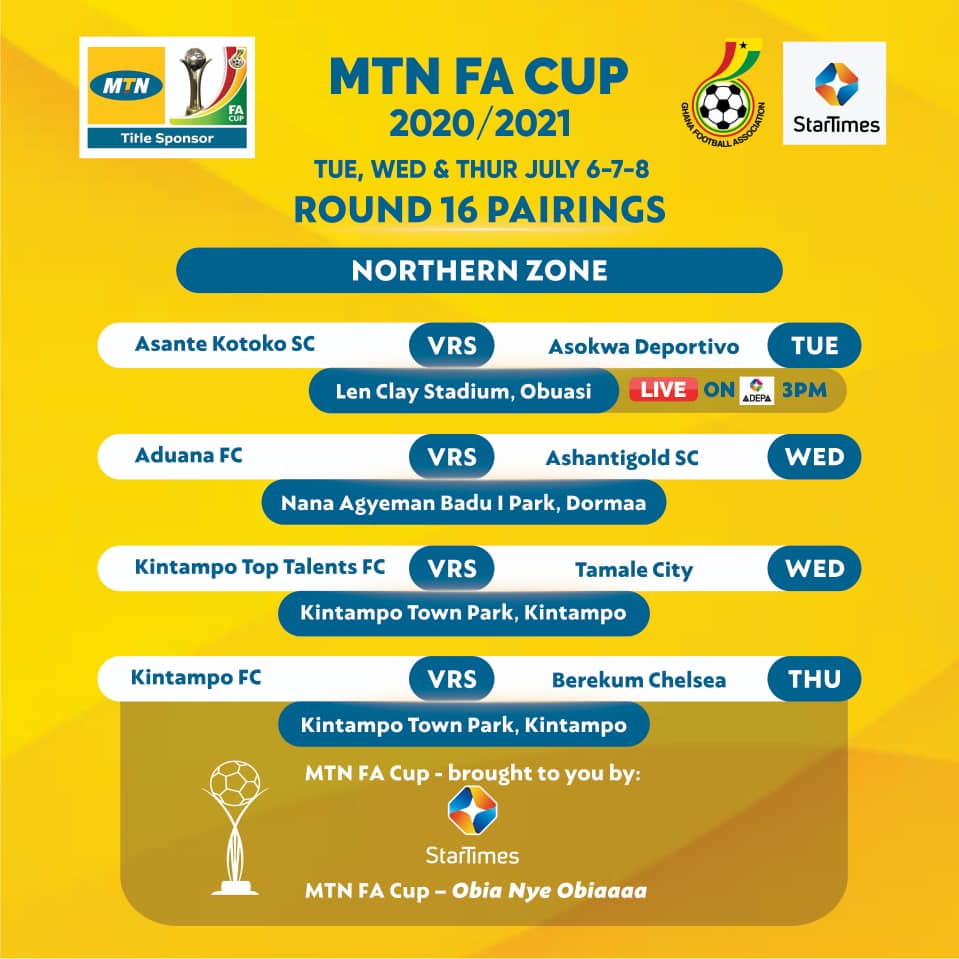