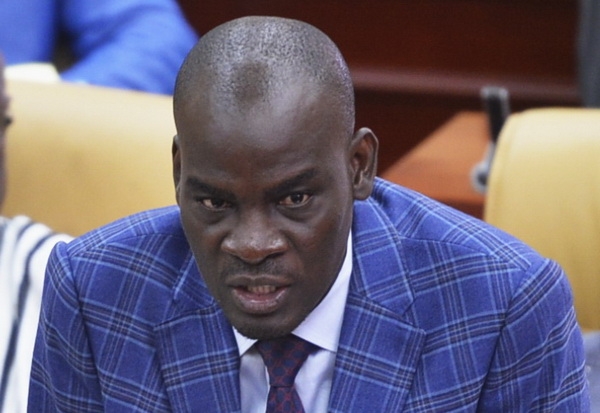 The Minority in Parliament is pledging to support to help President Nana Akufo-Addo and his government to fight activities of separatist Western Togolanders in Ghana.

Minority Leader Haruna Iddrisu, speaking in Parliament on Tuesday, 6 October 2020, reminded members of the house of their duty to protect the peace and unity of the country till the next parliament takes off.

“We do have a mandate and the mandate has not expired and will expire on 7 January 2021.

“There are expectations we all should endeavour to sacrifice to meet for and on behalf of the Ghanaian people.

“We would be going through a major presidential and parliamentary elections, come December 7, which has become part of our democratic ritual.

“We need to demonstrate to the world that our democracy is strong, it’s evolving, and it should continue to be the envy of many, not just in Africa but the world at large.

“We all must work to preserve the peace and stability and unity of our country,” Mr Iddrisu stated.

Haruna Iddrisu, further indicated that the Minority Caucus will join the Majority Caucus to augment the government’s efforts at ensuring the country is not distabilised.

Mr Iddrisu said: “There’s an ugly threat to the stability, sovereignty and territory of Ghana in the Volta Region.

“The President, as Commander-in-Chief of the Ghana Armed Forces, should, be assured that he has the full support of the house to deal decisively ruthlessly with the threat to the sovereignty of our country”, he pledged.

“He [President Akufo-Addo] should endeavour to uphold the provisions of the Constitution, particularly Article 4, which guarantees the sovereignty of a united Ghana republic.

“We will support the President fully, as Commander-in-chief and the President of Ghana, to contain the imminent threat to the peace and stability of Ghana and particularly, the people of the Volta Region.

“The threat there can be worrying and can undermine the conduct of free and fair elections throughout Ghana and, particularly, in that region.

“We will support every effort of the government to contain that ugly threat.”