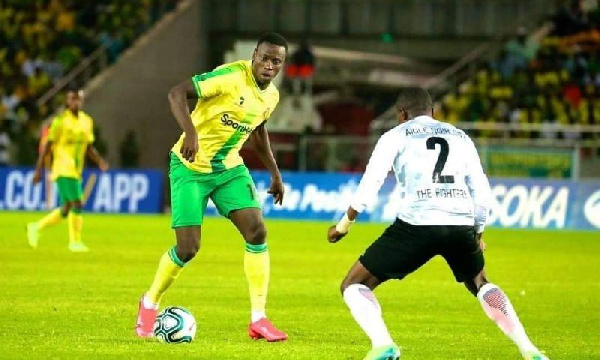 Michael Sarpong, the Young Africans striker, has said he believes there’s no form of favouritism in player call ups into the senior national team, the Black Stars.

Even though there are widespread allegations over the years that earning a call up into the Black Stars is based on favouritism and monetary influence, the former Dreams FC player thinks otherwise.

For Sarpong, earning a place in the senior national team is based on merit and hard work.

Michael Sarpong, in an exclusive interview with the media, said, “I don’t think there is favouritism in the Black Stars call up. I think when it’s your time, you will be called. When you put in the numbers, you defend well, pass well and score your goals well, you will be called.”

According to him “everything is God’s plan”, hence when his time is up, he would earn a place in the team.

Having worked with C.K Akonnor, the Black Stars head coach, the striker believes its time his former boss keeps a close tab on him as he’s bent on working hard to earn a place in the prestigious Black Stars team.

Sarpong who plays as a striker won the top scorers award in the Rwandan League with 16 goals and also aided in Rayon Sports’ success in winning the league title in the 2018/19 season.