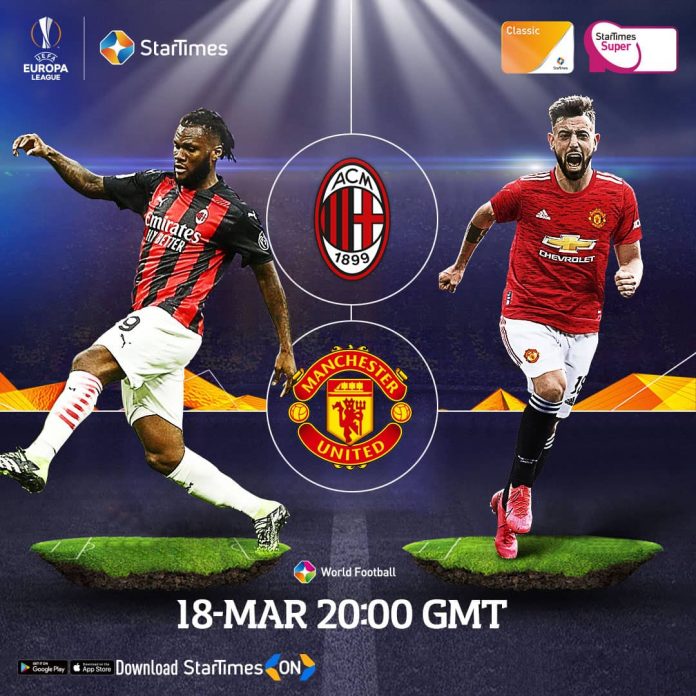 AC Milan are set to welcome to the English Premier League powerhouse Manchester United for a Europa League round of 16 showdown at San Siro. Bruno Fernandes’ team is entering this return leg with back to the wall after failing to win the first leg against their former player Zlatan Ibrahimovic

Just seconds separated Marcus Rashford’s Manchester United from travelling to Italy for Thursday’s return leg of the round of the last 16 in the Europa League feeling hopeful of advancing against AC Milan.

Cote d’Ivoire-born teenager Amad Diallo’s first-ever goal for the Reds appeared to have been enough for the home side, but Simon Kjaer broke local fans’ hearts with a last gasp equalising header that keeps United’s hopes on a thin thread.

United maintained second place in the domestic league on the weekend with a 1-0 victory against West Ham on Sunday, courtesy of an own goal, as Portuguese international Bruno Fernandes was again in fine form for Ole Gunnar Solskjær’s side.

Speaking after the first leg game against AC Milan, Solskjær said he was not satisfied with the result. “I’m very disappointed to concede with one of the last kicks of the ball. That makes it harder, of course, but it was always going to go down to the second game.”

England’s two other teams still involved in the competition – Arsenal and Tottenham Hotspur – went head-to-head in the league on Sunday, with the Gunners coming from behind to register a 2-1 win.

Coach Mikel Arteta benched star striker Pierre-Emerick Aubameyang for the match against Spurs, but could count on Norwegian international Martin Odegard, who scored his second successive goal for the London-based side.

The midfielder, who joined Arsenal from Real Madrid during the winter transfer period, has yet to taste defeat in European Cup competition this season, having played twice in the Champions League for Real – winning both 2-0 – and three times for Arsenal in the Europa League, winning two and drawing one.

He scored one of the goals in Arsenal’s 3-1 victory in Greece against Olympiacos last week.

The result will have Arteta confident of making it through to the quarter-finals and gives him the opportunity of benching some of his regulars, including Aubameyang, especially as stand-in striker Alexandre Lacazette scored his side’s winner against Spurs – albeit from the penalty spot.

Spurs, meanwhile, did not achieve as good a result in the first leg as Arsenal did – they beat Dinamo Zagreb 2-0 at home – but will fancy their chances in Croatia not to slump to a two-goal defeat.

England striker Harry Kane scored both for Jose Mourinho’s side in the first leg to take his overall tally (including the qualifying and play-off rounds) to eight goals.

And African football fans do not have to miss out on any of the exciting action as Africa’s leading digital-TV operator, StarTimes will be broadcasting the competition live and exclusively throughout the continent on their football channels.

And in less than 100 days now, StarTimes is going to broadcast the long awaited UEFA Euro 2020 live and in HD. 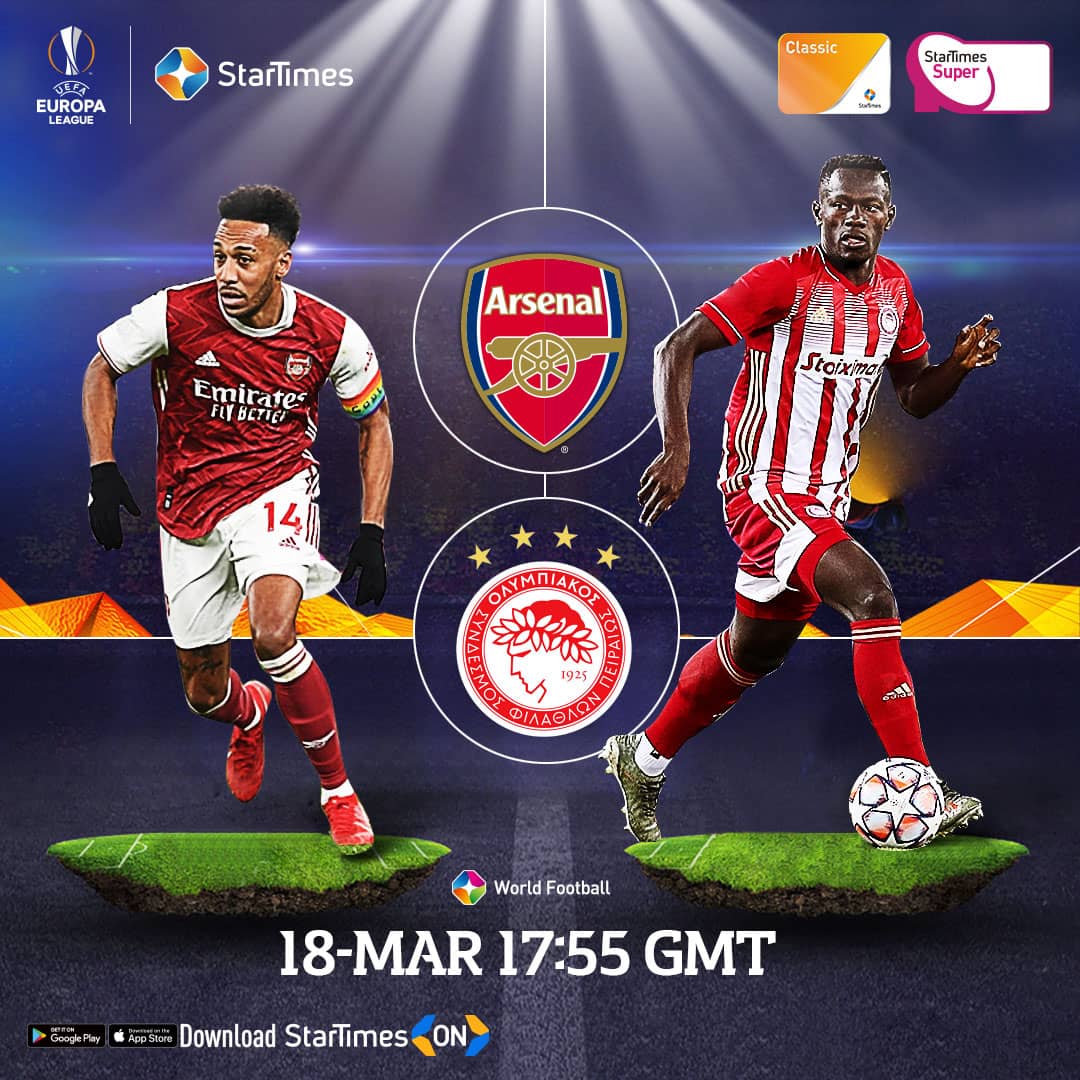 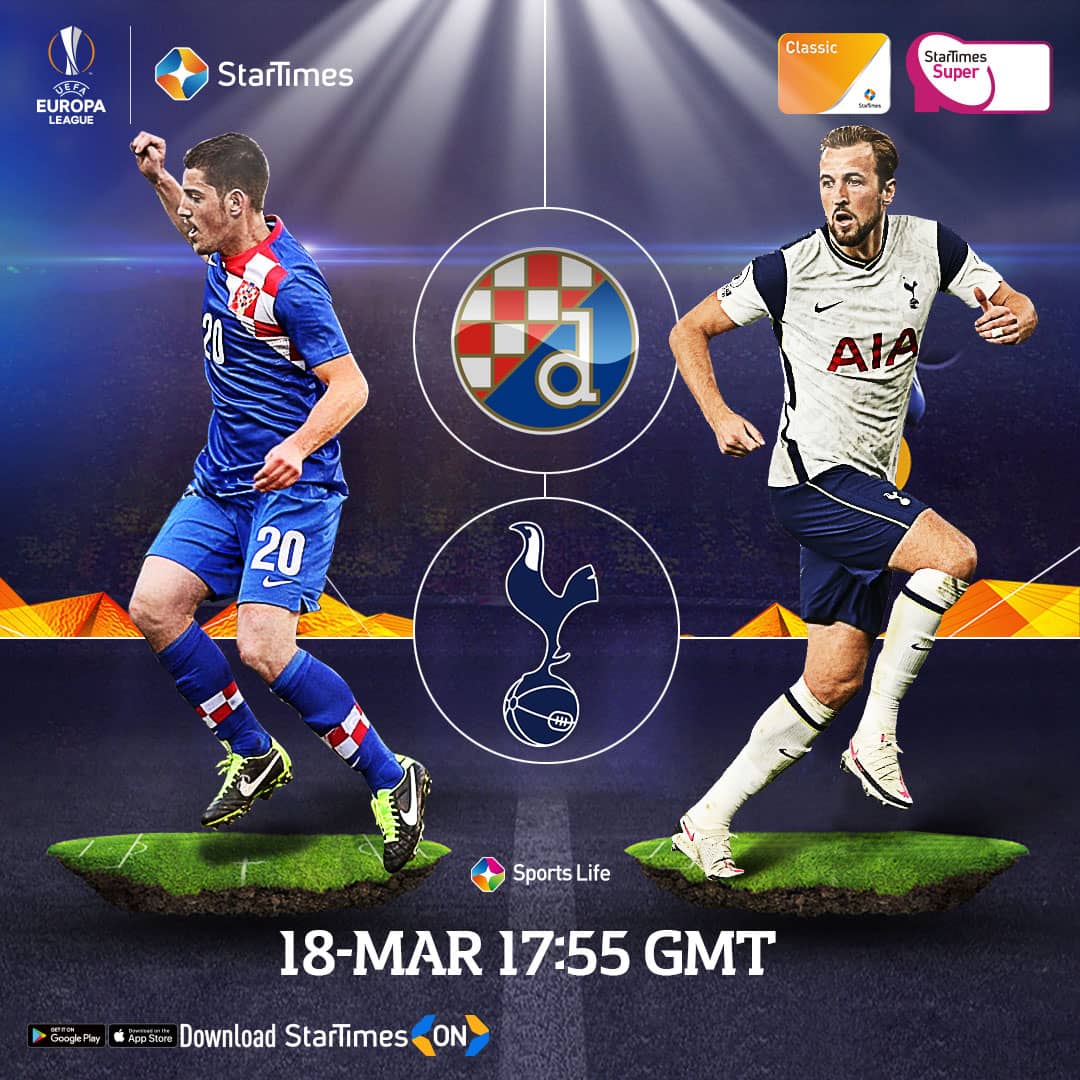