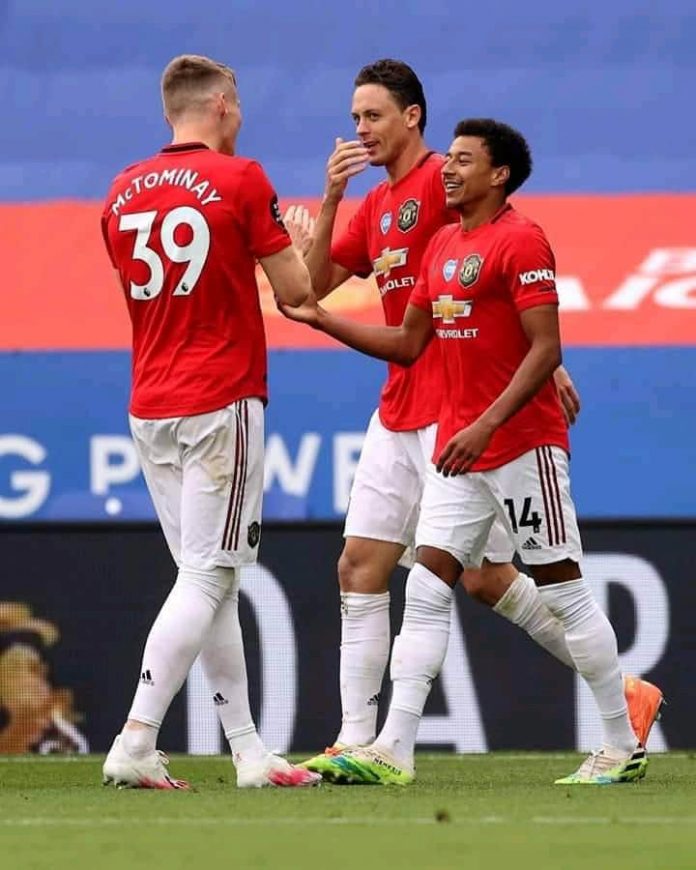 A Bruno Fernandes penalty helped Manchester United to a 2-0 win over Leicester City at the King Power Stadium on the final day of the “longest” Premier League season in history.

The Red Devils needed only a draw to guarantee they would finish above Leicester and qualify for the Champions League next season and Bruno Fernandes proved to be the difference in the red devils team.

On a nervy final-day of the season, the King Power Stadium only came to life after Anthony Martial was fouled in the box by his former team mate Jonny Evans with 19 minutes to full time.

Leicester’s frustration doubled in stoppage time when Evans, a former United defender was shown a red card for a challenge on United substitute Scott McTominay.

This was followed by a 98th minute goal- keeping howler by Jasper Schmeichel to gift Jessy Lingard his first goal in 34 games to ensure Manchester United finish 3rd on the table.

Meanwhile, the result at Stamford Bridge meant Leicester will not play in the Champions League next season after Chelsea put two past Wolves to seal the last spot.

Leicester City’s half-chances could not find a way past David de Gea who kept a clean sheet as Manchester United are back in the Champions League for the first time since 2018-19.