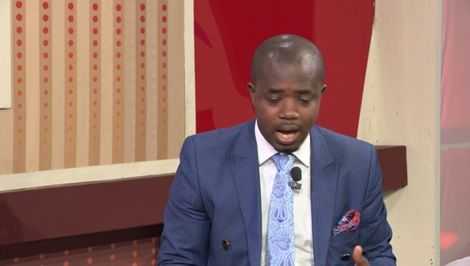 Lawyer Godwin Edudzi Tamakloe, who is one of the spokespersons for former President John Dramani Mahama, in the ongoing Presidential Election Petition, has predicted danger in future electoral processes taking into account happenings at the Supreme Court.

According to Edudzi Tamakloe, Ghana has now reached a point where winning future elections might require fair or foul means including the use of guns and machetes.

Speaking on an Accra-based FM station, the private legal practitioner said it is becoming clearer with the precedence established during petition trial that if someone takes the Chairperson of the Electoral Commission (EC) to court in future elections in the event of a dispute, she would not mount the witness box to testify.

He said “So, now from what I have seen as a young politician, the lesson I have taken from this proceeding is that it is the end that justifies the means; whatever you have to do to win the elections matters the most. You know 8 persons have died out of the 2020 election; so, all that is needed is even if you have to kill innocent Ghanaians and have the EC Chairperson declare you as President, now that is the acceptable norm, the new normal, so just do it.”

To him, however, such a mindset forming in the minds of many Ghanaians will be dangerous for the country’s democracy.

“If we decide to go on this path, we will be pressing the self-destruct button and the ultimate loser will be all of us,” he cautioned.