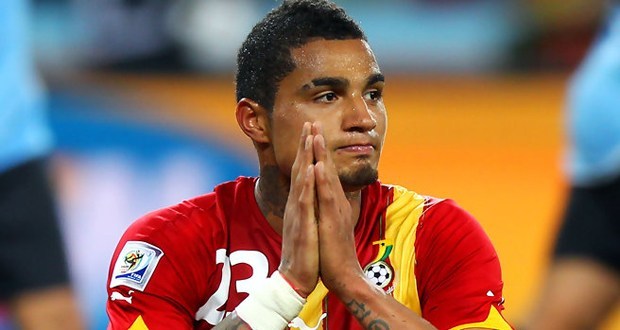 The Former Hearts of Oak midfielder, Laryea Kingston, has said Kevin-Prince Boateng should be called back into the Black Stars setup if he is doing well in his club.

Laryea Kingston, who is a former Barcelona forward, quit the Black Stars after the 2014 World Cup but recently hinted at a return to the senior national team.

In an interview with an Accra-based FM station , Laryea Kingston stressed  that Kevin-Prince Boateng deserves a shot once again.

“Kevin-Prince Boateng is still a Ghanaian. He still has a lot of respect for his country despite the issues that happened in the Black Stars. I think if the coach believes that Boateng has something to help him and he is performing then [he can call him]. What I want to see is players picked if they are doing well for their clubs.”