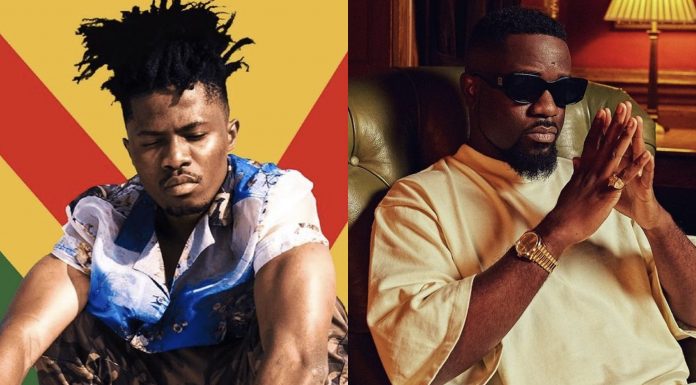 Kwesi Arthur, who is one of Ghana’s youngest award-winning Hip-hop artistes, has revealed that although Sarkodie is one of the biggest artistes in the country, he does not look down on younger artistes but rather, he is very friendly and fun to work with.

Kwesi Arthur, speaking on an Accra–based FM station, said “Sark is also from where I am from. He is from Community 9 and my grandma always sends me to go and get drugs for her around his hood so I pass by his house most of the time. It’s always fun to work with him because he’s from where I’m from and he’s been able to achieve so much. It’s always mad when we link up.”

He further confirmed speculations being made from the video spotted on social media of the two that hinted that they were working on a collaboration.

Kwesi Arthur said “We have worked on a project and we are going to release it. It is not something I have to talk about. I’ll rather wait till the song is dropped and then I can tell you everything about it”.

“We have promo plans so don’t worry. When the time is due, I’ll let you know,” the rapper assured.